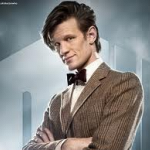 I am Jeffsson, I may be busy every once in a while, but I love to roleplay. I am actually looking for new roleplay parteners. Iris message me if you would like to roleplay.

WARNING: due to my issues in life, I am often offline. I will always respond as I can. Thank you ahead of time for your patience.

So I have bad news. If i seem depressed lately, feel free to talk to me and i apologize for my down demeanor.

Retrieved from "https://camphalfbloodroleplay.fandom.com/wiki/User:Jeffsson?oldid=1748847"
Community content is available under CC-BY-SA unless otherwise noted.