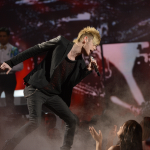 Legolas of the Woodland Realm

aka Legolas or Lego

Full Name: Sorry, but I'd rather not tell you...XP

Age: All I'm going to say is that I'm in my early teens

Languages: English, Japanese (Not very fluent, yet) and Mandarin (learning)

Actor: Oh, I have a lot! Will Smith, Logan Lerman, Andrew Garfield and many more!

Favourite Percy Jackson Book: The Battle of the Lybrinth (mainly because of Calypso, XP)

Retrieved from "https://camphalfbloodroleplay.fandom.com/wiki/User:Legolas_of_the_Woodland_Realm?oldid=1551663"
Community content is available under CC-BY-SA unless otherwise noted.