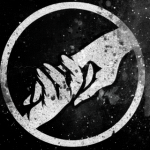 Hi! I'm Magnus, I'm a Christian, and I live in Sydney, Australia! I'm home-schooled, and spend most of my time on Khan Academy, Quora, and Wikis like this amazing one! I love RP and writing stories - though my ideas are much better in my head than on paper! I'm a budding polymath, with extensive knowledge especially on the subjects of abstract mathematics and quantum mechanics.

Magnus Magpie (c. 1811 - 1926), less formally known as Magnus I, was a Secret Auror during the time of the Silver Slytherin. Though he was a demigod son of Athena, he did not attend Camp Half-Blood due to Wizarding Priorities. After the Olympus-Wizarding War of 1843, in which he sided with the much-smaller Wizard Faction, he lived quietly as an outcast in Diagon Alley, emerging from his residence only to do vigilante favors separate from the Ministry of Magic. His death has never been marked as a definite date, for his body has never been found after he disappeared in February 1926. It is also known that he aged slowly, if not at all, a phenomenon attributed to his Demigod blood status. For all the Ministry knows, he could have been a King Arthur-type hero to be Missing In Action, only to rise up in Wizardkind's greatest time of need. Apparently Voldemort wasn't enough to awaken him...

There is another one, Magnus II, known to bear the same surname as he. Records of his genealogy are yet to be found, though it is believed by a few that he is Magnus I, incarnate after his "death". Magnus II proceeded to take part in the GSC 2018. This youth is contradictory to his suspected relation, and has as such remained a delicate, confusing, and controversial issue within the Ministry.

Retrieved from "https://camphalfbloodroleplay.fandom.com/wiki/User:MagnificentMagnus?oldid=1786890"
Community content is available under CC-BY-SA unless otherwise noted.