You are now at level one

This entitles you to two demigod spots, and means you have been here at least one week since your first character was claimed. Please do read the wiki policies or contact an administrator if you have any questions.

I'm Philip Lymperopoulos. I was born in Greece. My mother is Effie and my father is Zeus. Everything was normal until two months ago, when the monsters came. I had never thought that the greek gods actually existed, although I always thought my father I had never met was somehing special. My powers appeared when the monsters appeared. They attacked and if I hadn't had my father's help I wouldn't be here now. I arrived at the camp with the help of my father and stayed in the infirmary for weeks. When I woke up and everyone was sure I was alive my father claimed me.

I can also use a bow and arrows pretty well although i prefer to shoot the arrows using the wind around them.

My favorite weapon is the spear my father gave me,Astrapi.

All my weapons produce an amount of electricity when used, usually the amount a taser would produce. 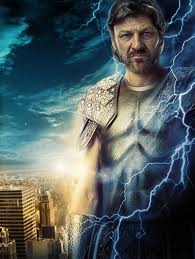