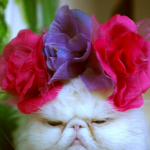 Eyes: Grey-Blue (mainly gray, though it depends on what I'm wearing)

Martial Status: Single but not looking for anybody (at least on the internet :P)

Family*: Andy (stepfather), Sue (Mother/possibly not my mother at all), Ruth (half sister), Rachel (half sister) and all my demigod half siblings.

I play trumpet (first and only), I am a WELS (Wisconsin Evangelical Lutheran Synod) Lutheran Christian and I go to a private Lutheran School grades K-8, with a grand total of 65 kids.... I call most everything possessed.... because it's true.... I get hurt (a lot), and I love taking naps. I am a whiner, and proud. If you wanna know anything more, just ask!!!!

(in no particular order)

Justice and Mercy by Flyleaf

Diary of Jane by Breaking Benjamin

Shoot it Out by Ten Years

Washed by the Water by NeedToBreathe

Pretty much anything by Stereo Skyline (Er.. no, that's not a song.. just anything that they will or ever sing..)

The Lobster Quadrille from Alice in Wonderland.

(once again no order)

Percy Jackson and the Olympians Series

The Chonicles of Vladimir Tod

The True Confessions of Charlotte Doyle

Percy Jackson and the Olympians: The Lightning Theif

Dislikes: Stupid questions, sarcasm used against me, secrets, being tired, not being hyper, being unable to draw on myself, not being on the computer (most of the time), most sports (even though I play lots!), getting sucky parts in band, cats attacking my face (trust me, it happens more than you would think), being hungry, er................... most people and things..... XD ﻿

Now I know that most of you hate Justin Bieber.... Trust me, if I would've titled this "Justin Bieber" half of you probably wouldn't have read it.... just keep reading. Now I'm not obssessed with him, and I'm certainly not a 'Belieber' (*shudders*). I just think that some people can give him a chance, or at least leave him alone........ Here are my views of Justin Beiber:

Retrieved from "https://camphalfbloodroleplay.fandom.com/wiki/User:Rebc29?oldid=1544979"
Community content is available under CC-BY-SA unless otherwise noted.