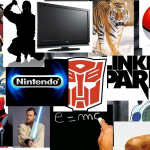 FERBERG: A FERBERG; derived from the fictional character FERBERG( a crazier Deadpool, to put it simply); an entity of supreme awesome-ness

Quotes to Live by

A lazy teenager who was raised in a circus as an acrobat. He's quite intelligent, but isn't really nerdy. He shows this in his attitude, as he's a sassy show off who can be an avid slacker.

A silent individual who keeps to himself, always acting like he's angry, or at at least very uncomfortable. In reality, this is just a defense mechanism and his true personality is like that of a playful puppy

Retrieved from "https://camphalfbloodroleplay.fandom.com/wiki/User:RofLFERBERG?oldid=1482694"
Community content is available under CC-BY-SA unless otherwise noted.