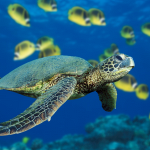 Hello, my name is Shane Isaac or shisaac. I live in a small town called Merritt, British columbia, Canada. I have a younger twin brother named Shawn. We both grew up. I am really nice and my brother is too. But you happen to get us both mad, we leave nothing but a broken body behind. But other then that we have a nice time. I like Greek Mythology, Manga, Anime, and exotic food that none of family members would never try.

This user is officially inactive.
He/she should be back Be back on weekends.

Retrieved from "https://camphalfbloodroleplay.fandom.com/wiki/User:Shisaac?oldid=1521496"
Community content is available under CC-BY-SA unless otherwise noted.