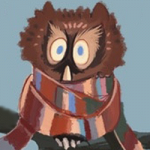 I'm sorry, but I won't be able to be active in this RP. But I'm imploring the admins to keep my user page up until somebody adopt my character. I just don't have the heart to let him be erased, or to kill him myself.
Thank you very much

Character Up For Adoption

My first character. I really like him. He's so shy and sweet. Unfortunately I just realized that as a child of Themis - with his set of powers - he can only fight more effectively if he had partners (if the partner got hurt, he'll go into a berserk kind of state and that made him powerful). Oh well, I hope he'll survive the camp.

Retrieved from "https://camphalfbloodroleplay.fandom.com/wiki/User:SpellThorn65?oldid=799488"
Community content is available under CC-BY-SA unless otherwise noted.