If you are needing help on a template, please see an An Admin or you can always Iris Message Natalia

How to use them:

It is also recommended that you play with your word bubble, get to know it, try each one to see how it works for you

The coding does nat match completely, but this is meant so you can make it your own. This is recommended for a newer user.

This character belongs to Nat25

A Celestial Bronze sword and dagger she found on the streets. Both are magic and can change into any mortal thing she can think of that will not cause panic. (I.E. necklace, ring, hair accessories) Right now, it's a bracelet.

Jenny is smart and a little outgoing. She loves to read and often spends time with her nose in a book. She is very thoughtful of others and is a very good listener.

Astraeus and Jennifer's mom meet at a conservatory. Taylor Reed was a beautiful woman and loved the night sky. This of course, attracted the attention of Astraeus.

They dated for a while and had a kid. Astraeus couldn't stay. When he left, Taylor knew who he was and who her daughter was. It broke her heart.

Jennifer never remembered her father and her mother hardly went sober after he left. Her earliest memory of life was going to the zoo for her fifth birthday with a friend.

Jennifer was able to live because she lived at friends houses when she could and she stayed out of her mothers way. Although she never liked it, she stayed.

Her mother was a druggie. She moved from town to town and from state to state, starting in Maine, because her mother always got kicked out and the authorities never found her because she never existed to them. She wasn't born at a hospital, but at home. She was never really "born" to the nation.

Jennifer's first monster attack was when she was eleven. She was in an alley coming home from school one day. This was in Pennsylvania. She was attacked by a cyclops calling for help. She fell for the trick and nearly died. Someone saved her but they died because they sacrificed their life to save her. She never found out who saved her because she fled the scene.

She eventually made it to New York after several years of moving with her mom. She stumbled across a satyr and he helped her to camp. She learned about who she was and where she was and everything she needed to know from the satyr on their way to camp.

She survived because Jennifer is smart and is quick on her feet. Her mother unknowingly helped her by moving a lot. They were able to avoid the monsters that might smell her. 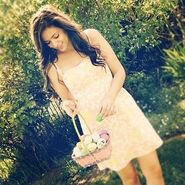 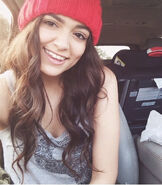 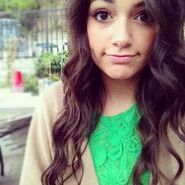 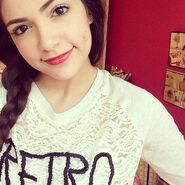 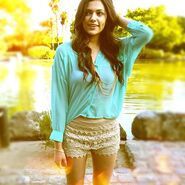 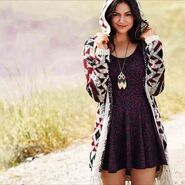 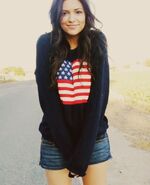 These are for admins and helpers.

This user is officially inactive.
He/she should be back 30th February.

I will not be able to use a computer.

Keeping track of your characters

This character belongs to Nat25

This character belongs to Nat25 and A Son of Hades

Admins, please be sure to update the User/Character page after you have claimed a character
You Have Been Claimed

This claim has been approved as a child of Hades. You now need to make a page for them and a word bubble, if you aren't sure how to do this you can see the guide here. Once you have done that you can add your character's name to the cabin list located on the cabin pages and start role playing with your new character. If you have any questions feel free to ask a member of the Admin team.

My lightning bolt has been stolen, again, go get it please

Retrieved from "https://camphalfbloodroleplay.fandom.com/wiki/User:The_Lonely_Stargazer/New_Template_Page?oldid=1733260"
Community content is available under CC-BY-SA unless otherwise noted.