So, I'm here today to bring you a new dynamic. It's about introducing a wolf pack into Camp. If you want to participate, you better listen up!

I have to admit, I came up with this idea after watching too much teen dramas about vampires, werewolves and the supernatural. But basically, this is my way of incorporating shapeshifting demigods (yes, just demigods, with the exception of Wolf spirits if you have access to one, bc those are on limited supply :P) into the world of Camp Half-Blood. This is a new character dynamic to hopefully bring in more activity, and everyone is welcome to join! 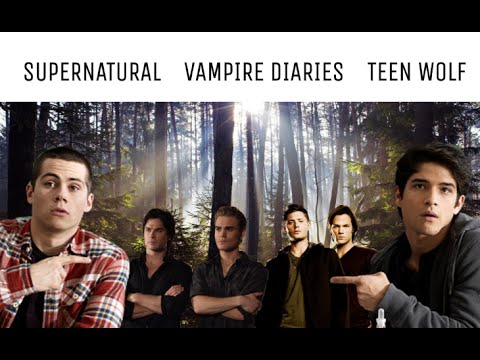 How Does It Work?

Okay so the big question is, how exactly does it work? The main idea for this is to make a pack of wolves, but I am only allowing demigods to become part of the group. Demigods with only certain god parents to be exact. So, nope, not all godly parents will be available for this dynamic, and you will only be allowed to choose from the pool of gods that I will provide down below.

Also, this is not a werewolf pack. This is a wolf pack. The characters part of this dynamic will be able to fully shift into a wolf, as in the animal itself, not a humanoid hybrid mix of the two (unlike the Derek Hale gif that I provided below, that will not be the case, okay?). Pack dynamics and positions will of course be in play, and there will be an Alpha (played by yours truly), a Beta (which is a second-in-command), and the rest are Omegas (the regular members of the pack).

Wolf packs are said to be incredibly tactile, and the larger and closer a pack is, the stronger its individual members are. Omegas are bound to absolutely obey their Alpha, as well as their Beta (although the Beta's influence is weaker, and can be overridden by the Alpha). Pack members also feel a distinct connection with one another, and will feel less complete if a pack member leaves or dies. Pack members are usually close with one another, and are physically comfortable and are very prone to hugging and clinging to one another, even in their human forms.

More on their abilities later.

Background of the Pack

The background of the group is that they will once be part of Artemis' Hunt. They are born demigods, but Artemis will turn them into wolves for a variety of reasons, which is really up to you. Some samples are: A.) They are male and they offend Artemis, B.) They are a Huntress of Artemis who commits some sort of a grave sin to Artemis, like falling in love with a man Artemis hates, etc., C.) They are male and they are indebted to Artemis, D.) Their mortal parent is somehow indebted to Artemis and they offer their child to pay that debt, E.) and so on and so forth. You can think of your own reason, but make sure to run it by me first before you execute it.

Anyway, these demigods will have been stuck in their wolf forms for a very long time, and have formed bonds with each other over the years. They would have been under Artemis' services for a long time, and eventually, she pardons them and grants them freedom, perhaps somehow feeling sympathetic. And so, they will regain their human forms back, and their demigod powers as well (more on this later). The Alpha decides that they have the best chance to survive if they make their way to Camp and they train there, and since the wolves wouldn't want to be separated from each other, they all agree.

Now, they are at Camp and have been claimed by their godparents. They will individually stay in their respective cabins, but a sort of Den will be built for them in the Forest by the Hephaestus Counselor, Daniel Russo.

Now, I realize that some people may question how overpowered these characters might be, and this section is dedicated to address that, and any other issues related to the matter.

Second, the concern about monthly powers. I know a lot of these animal shapeshifting powers are available only after a certain number of months. Most, if not all of them, are 9 month powers, even. But I will be retconning this, so that all Pack Members will have the ability to turn into a wolf after getting claimed BUT can not use the power during official fights (like Counselor Challenges, and Quests/Missions), so they can only transform into wolves in regular RP. This doesn't mean that they lose the ability per se, but just absolutely refrain from using them in official matters if they haven't reached the sufficient amount months yet, for them to have that power. Again, this is to make it fair and not OP. If you have available power-ups to use, then just note that on their character pages so it's not confusing.

If there's any more concern or issue that anyone wants to bring up, please tell me and I will try to address them. If worse comes to worst, I will put up a vote and let the wiki decide if they want this dynamic or not.

Please only choose from the pool of gods provided in the list below. Anyone who's not in here is not available to be used. All of these gods are the ones who have animal shapeshifting powers in their sets, which will then be substituted with the wolf shifting power. This list is provided to us by the lovely Sean.

Please do not insist or reason with me. This list IS FINAL. Any whining will not change my mind, capische? Try to break the rules and I will destroy you. Grrrrr!

Q: What are these characters going to be classified as?
A: They will count as major characters, and will therefore take up one (1) character spot.

Q: How big are these wolves when they transform?
A: To make them more distinct, they're going to be slightly larger. But not as big as the ones in Twilight. That's insane.

Q: What color are they when they transform?
A: Up to you. But please don't make it absurd. There aren't purple and/or rainbow colored wolves in the wild, you know? No crazy patterns too!

Q: What other special abilities do they have?
A: They can voluntarily make their eyes glow while human, and also as a wolf. Alphas have red eyes, Betas have gold, and Omegas have blue.

Q: How old should my character be?
A: My only requirement is that they should've at least been with Artemis' Hunt for ten years. Other than that, they can be as old as you want.

Q: Did they age while they were under Artemis' services?
A: No. They will retain their age prior to being transformed into a wolf by the goddess. For example, my character is 23 years old when she was transformed by Artemis in 1818. Now, 200 years have passed and when Artemis granted her freedom, she still physically looks 23. So, in essence, they didn't age when they were with the Hunt, but now that they're mortal again, they will begin to ageing again.

Q: One user is already using Lyssa is a godly-parent, can I still make her my character's godly parent?
A: Of course. There will be fifteen users in this dynamic, so it's ok for more than one user to use the same godparent. Although, I will prefer if there is more variety, so that it's balanced, but it's totally up to you!

I will update this with more Q and As later on. If there are other questions not addressed here, please mention them in the comments below.

Comment below if you want to sign up! I will only be allowing fifteen users into this dynamic, with one character each (except for me, heh, but I reserve that right as the dynamic creator). Please follow this format: Character Name (God Parent). If still unsure with the name or the parent, mark them as ?????.

So, in closing, I hope everyone finds this to be exciting and people will sign up! I know the wiki isn't in the best state right now, activity wise, which is why I'm trying to start this up. We already have the Kingdom of Olympene, so why not keep the ball rolling, right? If anyone has any objections about this being a thing, you can send me a DM on discord, and IM on here, or a comment down below. If there are people who really don't want this here, I can put up a vote to let the wiki decide. Hopefully I've explained things clearly on my part, including my motivations and my efforts to not make this OP, but if it's not enough, well, you can't always please everyone, right?

Anyway, if this gets more interest and more than fifteen users express their interest, I'll think about opening up more slots. Again, if you have any questions, you can comment them down below!

Also, apologies for the plurality of GIFs and images. I'm extra, and I love Chanel Oberlin too much, so *shrug*

That's all. Au revoir, for now!

Retrieved from "https://camphalfbloodroleplay.fandom.com/wiki/User_blog:HaleTheKing/Wolf_Pack_in_Camp?oldid=1783678"
Community content is available under CC-BY-SA unless otherwise noted.