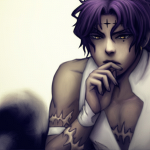 Thank you for your edit to the File:Cbrown.jpeg page. As you are new here you start out at Entry Level, if you haven't done so already please visit the Getting Started page to learn how to get your character claimed, and what to do from there. As an entry level user, you are allowed one character spot.

Will you happen to need the less active status? You've gone over 2 weeks with no edit and there is no notice that you are on vacation or have anything that will prevent you from getting on the wiki. If, by the 12th of December, you have failed to make an edit or/and inform someone of your inactivity, your character(s) will be deleted or archived. In addition, until you have made an edit, you will not level up any further. This means that you will remain in the same user level and will thus have the same amount of char spots, even if you've been here for more than 4 weeks.

Sorry but you're going to have to ask User:HaileyElizabeth for permission in order to use the model Austin Mahone. ~

For having gone over 25 days with no activity and no notice that you're on vacation or have other priorities that will keep you from going to the wiki, your character, Dallas Gibson, child of Zeus, has been archived and is thus, no longer allowed to be rp'ed. Should you wish to use the same character in participating in our wiki, kindly contact an administrator and we will restore the page(s) for you as it was and note the character as "active" again.

hey i commented on your claim soo please add the necessary changes and I'll claim it as soon as I can ok?

saw it but now...yeah a few more stuff to go and its ready ok?

edited...and also wanna know something? I dont check my talk page until after I finish checking claim...soo yeah

Hello there, AlmightySavageTheEternal, I was checking some pages and it just so happened that I saw your character page to be lacking some categories especially the model category. I tried to look up who your model is and the result was Izaya Orihara. Is that correct? If so, the model is already in use so you have to look for another model OR if you really want to use him, you can talk to the user who is currently using him and ask if he could be shared. If the model name is incorrect, kindly give me the name so I can add him on the model category. Thank you!

why didnt you tell me nobody level up you yet >,< anyhow sorry for the long delay but your now officially a level 5 congratz!! either way did you participate on the Adopt a Newb activity? if you did I need to do the required changes for that

Feel free to use this instead of the code that you've been using, it's the same exact thing, but will give you a much easier time getting the look you want:

sooo i remembered our chat and thus.. 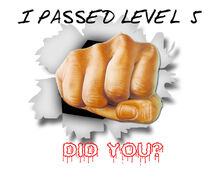 AFTER MANY LONG BATTLES

AFTER SO MANY CHATS..

WITH SO MANY CLAIMS

I CLAIM THE TITLE ELDER..

BUT HERE IS A QUESTION

ARE YOU ONE OF US TOO?

Normally for having gone 25 days without making an edit nor having told someone of your inactivity, you would have been marked as user left and your characters would have been archived and will no longer be able to be roleplayed. But your semi-active status tells us beforehand of any possible sudden inactivities. So instead, you have been marked as "officially inactive" (giving you 6 months to make an edit) and your characters won't be archived at the moment. If at any time you wish to change your user activity status, kindly contact me or another available admin.

Retrieved from "https://camphalfbloodroleplay.fandom.com/wiki/User_talk:AlmightySavageTheEternal?oldid=1534899"
Community content is available under CC-BY-SA unless otherwise noted.