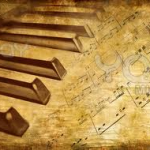 aka The 10th Muse

Thank you for your edit to the Forum:Nikola Fray page. As you are new here you start out at Entry Level, if you haven't done so already please visit the Getting Started page to learn how to get your character claimed, and what to do from there. As an entry level user, you are allowed one character spot.

Look at Nikki's page, and i think you should take the Russian Mafia thing out... just make it a local gang...

Bonjour and welcome to the wiki! If you need any help with anything at all, then just leave a message on my talk page ! Winners never quit, Quitters never win! 20:51, January 21, 2012 (UTC)

Oh yea, that's fine, I just went with what was listed as the first choice on the claims, so who will be changed to a child of Athena?

No problem consider it changed, when you make her page have her listed as a child of Athena.

Do you want to role play with me?. I will role play as lana because she want to talk to Nikkithere is nothing wrong with love, there is wrong denay love someone. 04:10, January 26, 2012 (UTC)

I replied to your post onn the infirmary's pagethere is nothing wrong with love, there is wrong denay love someone. 15:28, January 26, 2012 (UTC)

Hola  :D And you can choose what ever name you want XD, but Myles is still waiting to be claimed, and guess what :D ( and no it is not chicken butts) i am learning pumped up kicks on the guitar :D, but it sounds kind of bad becuase my guitar is not tuned... and i cant tune a guitar -.-

You haven't worked on your claim in over a week, http://camphalfbloodroleplay.wikia.com/index.php?title=Forum:Laila_Rosado_-_Unclaimed&t=20120208151149, do you still plan on working on it?

Your going to have to switch

Your gonna have to switch out the picture you have for Alpha Torres as I am using that very same picture for my OWN Thanatos character Matthew Clark if you do not stop I will report you to the admins. "When I was alive, I was a rather cautious man thank you very much."-Ghost the Zombie 07:00, February 24, 2012 (UTC) P.S. The second picture your using for Alpha Torres is being used by Obitus Orci

I responded at http://camphalfbloodroleplay.wikia.com/wiki/Felix_Hanson, sorry for the lateness I saw it today

Those things are automated, but sometimes the system glitches and they don't appear on some people's talk pages

Once she has been claimed

So i've put my first character up for claiming! Thanks for all your help, you're a great friend!

oh and i am gonna make the twins soon, but i want to make San first is that ok?

it also might take me a while to do San, i just need to make up a good enough history, i dont really know, i've got somethings in mind though, just need to flesh it out :D, oh and can you come on chat now?

and San will be the daughter of Lyss.

Ive told you loads of times Ara XD, so yeah, the history of her is still practicly non-exsistant right now :( so i have to work on that

Yeah they do dont they, which is why its taking me a while

and ara, your just crazy, im no where alike bach

you still at your dads, or are you at your moms now?

and goody your here next week :D

also i think i found hay, venna, and mo a boy/girl friend :D

I cant wait to see it :d

and they are with ( not comfirmed but they might)

haha :D no it is not, it is layla collins i thinkk her last name is, or something along those lines

XD yeah it is, go look at the convo, its not offcial, but hey it might work, im getting close atleast.( with ryder)

laila isnt going to go out with him is she?

well, there can be a bit of compertion i guess XD lol

kk XD though its not offcial, im still working at it, but its going good, just trying to not make it a once off XD

Retrieved from "https://camphalfbloodroleplay.fandom.com/wiki/User_talk:Arabellita?oldid=919148"
Community content is available under CC-BY-SA unless otherwise noted.