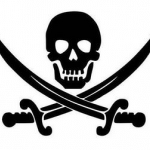 Of course you can :)

Hey so, I might have left a comment on Anton's page. Thought it would be an interesting match since I own the Boreas head counselor. So yeah, just reply whenever, or don't if you're not feeling it. Haha. Have a good day!

Good day, Carnarvan! We're currently in the midst of checking whether or not our User/Character Lists are accurate. Below is a list of all of your characters, as well as your prizes (both used and unused), and some other pertinent information. Please check that all information listed below is correct and accurate. If not, do message me with what's missing and/or incorrect. Thank you and have a great day!

we coulda had it all

So, would you maybe want to RP again? :)

Daichi says our sigs are broken and are messing up the voting thing. He wants us to both fix them before we put them back on otherwise he'll keep adding the nowiki or noinclude tags. -User Left

I'm not sure if the meeting has already started or what, but adding the chat logger kinda requires refreshing cache and the page and that stuff.

Have you opened and closed the chat tab?
⌜ Look at your heart, and not at what the world wants. ⌟

1. If you mean elder as being around for a long time, no, or if you mean elder as in being a First Generation Erotios/Erotiad (basically the couple they created from had died and they can make their own love nymphs) then no, again.

2. Mhm, if one of the couple dies then the second generation love nymph, a standard one, will become first generation

3. Either, though I would say that doing two demigods would make your entry more original. Myself and Brocky thought doing gods would make our entries original and evidently it's not because two other entries have the same premise xD

I'd also be weary of being too OP with the couple, if that makes sense

I would just like to inform you that since haven't edited in more than a month, and you didn’t inform anyone of your inactivity, or put up a note, all your characters have been archived.

Also, as per the results of the new model policy, you have lost all rights to all your models, including reserved ones. If you ever come back and find that one of them are being used by other users, you will have to ask them if they’re okay with sharing. If not, then you’ll have to look for another model for that character.

If you wish to have all your characters restored, just message me on my talk page. That's all, hope you're doing well.

I've replied to your challenge. Thought i'd let you know that you did forget to post your char first post though when making the forum. I don't think it's a big deal so don't worry about it now c:

In the canon books, characters who were the offspring of a demigod and a god inherited mostly the powers of their godparent and also weakened forms of their demigod parent's powers (for example, Frank Zhang was a son of Mars but had inherited a form of shapeshifting from an older godly ancestor). These "legacies" also exist on our wiki and are perfectly allowed, but in order to keep things more fair and simple here, we only allow legacy demigods to have the powers of their direct godly parent.

Hope that answers your question and thanks for asking!

"I, for one, welcome our robot overlords." ~Nata Roebot

Hey dude, i've decided to forfeit the challenge considering i keep forgetting to post and was bond to forget at some point all together and tbh i never wanted jasper as lt, just wanted to try out an rp fight for the first time :D Thanks for the great match!

aight so I noticed that you're using Soteria in the cabin contest and I already did you a big favor.

Don't even need to come up with a powerset cuz I did that years ago. Actually entered with her in the last contest, good luck

Hey Carn, I saw your comment on the page and given that you notified us of your current situation I'm allowing you to post it as soon as you can. If it isn't up by 12am EST (5:00am UTC I believe) tho then I have no choice but to disqualify your entry for WIP.

From the Administration of CHBRPW

In light of the recent "death" of our beloved wiki, we, the members of the admin team, along with other helpers, are exerting all efforts to ensure the revival and restoration of Camp Half-Blood to its former glory.

Expansions are being planned, and new activities are being formulated to bring back the activity we once had. A new chat server is now in place in the form of the Discord App, and several users have already returned and are socialising on there, so make sure to drop by and say hi!

But first, we would like to ask you a question. It requires a simple yes or no answer. Would you be willing to come back and be active again? Think of this as a call-to-arms, because essentially, without a stable userbase, CHB will inevitably fall into the pits of the Tartarus of Inactivity once again. Of course, we also know that real life comes first, and if you feel like you don't have time yet to come back, just tell us so. We'd appreciate the heads-up.

Anyway, if your answer is yes, and that you're ready to jump back in and return, just leave me an Iris Message on my talk page! I will be contacting you once again regarding characters, slots, and reserved models. If not, well, we hope to see you again in the future.

That's all and thank you very much for your time!

Note: You are given a two-week response period. If you do not respond within that time frame, the admin team reserves the right to archive/delete all of your existing characters. If you happen to read this message after the two week period is done, just give me another IM and I'll be happy to restore your characters for you.

Note: This is a mandatory check. If you've been active the past few months, but still received this Iris Message, kindly just reply with "yes".

call me by your name and i'll call you by mine Migs
Retrieved from "https://camphalfbloodroleplay.fandom.com/wiki/User_talk:Carnarvan?oldid=1802799"
Community content is available under CC-BY-SA unless otherwise noted.