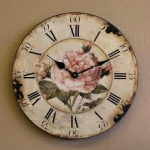 Per our new user levels, you are level:

Please don't forget to make a page for your newly claimed character, Aviella Knightly, if you don't have a page made in the next few days your claim will be deleted. --BachLynn(Send an Owl!) 01:10, June 18, 2011 (UTC)

Noticed your message saying you're going to be away. It'd be best if you posted something on your userpage denoting this. Thanks, Flamefang 00:14, June 19, 2011 (UTC)

I started a section in the training forum for Xander and Carina to use, unless you had planned for them to go somewhere else. LongClawTiger 18:40, August 17, 2011 (UTC)

Um, sorry, but one of the pictures you reserved is already being used, India Kern. Starz

Hi coolpinkcat i was just wondering why you put 13 pictures on http://camphalfbloodroleplay.wikia.com/wiki/Aviella_Knightley. It's looking a little cluttered and I just wanna know why i'm not asking you to remove the pictures i just wanna know JUST WHO THE HELL DO YOU THINK I AM!!-Ghost-Bro 23:06, August 23, 2011 (UTC)

I just noticed you are in Hawaii. I am envious. I just visited for the first time (on the big island) last October and I sooo wish I could go back. It was really nice out there. :) LongClawTiger 23:20, August 23, 2011 (UTC)

I will keep that in mind. :) My next pacific island stop will probably be Tonga though, since I have family from there. Hawaii is on my list for a return trip someday though. LongClawTiger 23:30, August 23, 2011 (UTC)

My computer isn't letting me get onto the Beach/cliff page so I'll try and carry on roleplaying tomorrow, just thought I'll let you know so you don't think I'm ignoring you or anything :P Rawr talk to me 20:41, September 22, 2011 (UTC)

Sorry, I haven't been very active with Xander. Betwen the rediuclously slow load times on this site now combined with very little RP going on, I have to admit my interest in him has slipped quite a bit. That is the main reason I have put him up for adoption. If I could turn him around, I would consider keeping him, but right now I just feel really uninspired. If you want to break off RPing with him, I understand. Or if you really don't want to see him go, I would certainly be willing to listen to any ideas to liven him up again. LongClawTiger 15:24, October 6, 2011 (UTC)

I doubt I could lead a quest, since I haven't even been a participant in one yet. But a minor dramatic scene could work. He did just go through a breakup, so he could be depressed and kinda reckless right now... LongClawTiger 22:10, October 6, 2011 (UTC)

Depends on what opportunities come up. If it stays dead for him, I may just have him face a monster and get wiped out. If he gets into something exciting or finds a new relationship, I will probably try to keep him going. LongClawTiger 22:30, October 6, 2011 (UTC)

If you are interested in bringing them together, I would be up for that. Just have her drop some hints so he knows what she is thinking and he will probably go after her. LongClawTiger 22:43, October 6, 2011 (UTC)

Started a thread for xander and Carina on the dancefloor. I will be in and out today, but will try to check back whenever I can. :) LongClawTiger 16:34, October 22, 2011 (UTC)

Sorry I wasn't able to do more with the dance. :( I thought I would have a lot of time to RP this weekend, but things kept coming up and I was barely able to get on the computer at all. LongClawTiger 15:17, October 24, 2011 (UTC)

Sorry for the response delays. These last two weeks have been a zoo around here. I replied to Carina's message on Xander's page. Not sure if that was before or after the dance though. LongClawTiger 16:10, October 27, 2011 (UTC)

-_- Have you forgotten your char's on this quest?

and sorry about the link. My internet failed me again. Here's the link to the objectives chatango: http://chbrpgquests.chatango.com/

That'd be your 10:45 A.M. I think. And if I failed in my calculations, we have a clock on the front page of this wiki that's in EST.

Sorry for getting back to you so late as well. I have een out of town for several days and today is my first chance to get back on the wiki. Let me know when you are ready to start the boating event for Xander and Carina and I will figure out where to get it started. LongClawTiger 16:30, November 18, 2011 (UTC)

Everything going ok? Just checking in to see how you are holding with everything life was throwing at you recently. If you are up for more Xander and Cari stuff, just let me know and I will get their next scene started. LongClawTiger 17:11, November 22, 2011 (UTC)

Sorry for the delay in posting at the pier. I have been sick the past few days and couldn't drag myself over to the computer to check in. LongClawTiger 14:59, December 3, 2011 (UTC)

The new powers for Aeolus have been passed and are in effect, please make the necessary changes to your character's page. http://camphalfbloodroleplay.wikia.com/wiki/Aeolus%27_Cabin#Powers BachLynn(Send an Owl!) 20:36, January 8, 2012 (UTC)

There are new powers for the Eris cabin, please make the necessary changes to your character's page. http://camphalfbloodroleplay.wikia.com/wiki/Eris%27_Cabin BachLynn(Send an Owl!) 15:01, January 9, 2012 (UTC)

Retrieved from "https://camphalfbloodroleplay.fandom.com/wiki/User_talk:Coolpinkcat?oldid=562266"
Community content is available under CC-BY-SA unless otherwise noted.