I'm a bit confused, first of all, you and Cosmiggy are the same? So you work on coding pages? Can you teach me how? I mean, in our curriculum in computer, we get to learn web design on the 9th grade. But I'm not. So can you teach me how? Please? Or just at least, tell me where did you learn.

Thanks for the previous help by the way,

Well, here they are. Hope you like them! :D 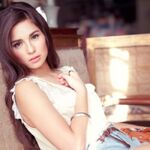 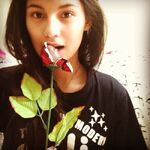 So yeah, I think the five of us (you, me, Wings, Rai, and Mika) have forgotten about the quest which Wings set up a while back. I honestly can't blame anyone since we're all busy, what with school and all the things happening in our lives outside of the internet. I was just wondering if you could take the time to post on it? We need to get somewhere and so long as we keep posting, the quest will. :) Friend, where have you been all my life? 01:55, October 15, 2012 (UTC)

I was hoping to adopt her. Could I?

I give chu prezzys now. 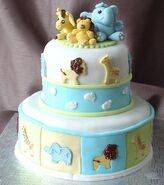 I give chu this cake for your birthday

and dis puppy. Don't eat him. Pets, love, names, and snuggles, but no eat.
Add a photo to this gallery

Hey Miggy!Late happy birthday!I hope you enjoyed your blessed day!heheh..hope you had tons of gifts and cake >.<

I know I'm annoying, but that's my way of "I love you!" Don't you ever dare leave me or I'll at least hug you and never let go! ★~Broken~★

Pick one and you can have her XD

So for the location on our group, The Body, I was thinking Las Vegas? What do you think? Supercalifragilisticexpialidocious 06:07, November 23, 2012 (UTC)

You recently signed up for the the epic roleplay contest but have failed to make your page. It would be appreciated if you could do this within the next couple of days. If you have any questions ask myself or another admin. Thank you.The true genius shudders at incompleteness and usually prefers silence to saying something which is not everything it should be. 08:14, November 23, 2012 (UTC)

I will make the page but, I've just gotta check and see if Wonder likes the idea Supercalifragilisticexpialidocious 12:29, November 23, 2012 (UTC)

So turns out we can do Las Vegas so Wonder was wondering if we could do? Anchorage, Alaska. What do you think? Supercalifragilisticexpialidocious 14:42, November 23, 2012 (UTC)

Well, I agreed but, we can't do Las Vegas because another group is doing it Supercalifragilisticexpialidocious 01:49, November 24, 2012 (UTC)

So before Hyu kills of Michael, I need to know how he views/perceives Kylie. I'm updating the coding of her page and well, I thought it would be best if I still included that one :) oh and posted on Kendall Friend, where have you been all my life? 07:28, November 24, 2012 (UTC)

Okayz. Don't forget to be extra motherly when it comes to her little brother (who I forgot who was)

If you wanna hop back on the Activities train, feel free :)

It smells of fudge...

when there is no fudge....-Jake

I start looking for judges tomorrow around noon-ish EST time

ps, >.< i mean that's the time I'll need you if you're available between tomorrow afternoon and evening

I forgot to tell you who your out of character santa thingy is >.<

Hey, Wise said all her other cahracter could go to whoever so yeah, you can have Morgan. (:

Oh, I see now. I had just been wondering when or if they had been put in effect yet, because there's some that went on or had started without arenas

And also, do you wanna pair up Tobi and Randi? :3

Yea, but it went unannounced and there's already been challenges that have recently started without arenas. Anyways, that's fine, I was jw

I would like to adopt Carter Shole, child of Ares.

When there's a quest you made, you know what to do. xP Add Mina Moore to the quest. :3

You have been paired against me for the Camp Half-Blood Reaping. What is your Arena prefrence? ~

Either sounds fine, my preference would be...Jungle.

Okay I will as soon as I can find a replacement. Also I got that photo off of the images up for grabs but I will fix it :)

Are we gonna start the fight?

Due to the lack of interest in Liberatio and the vote that was passed to remove it from the Broken Covenant, we're going to have an IC removing of the faction, so that you both and the wiki as a whole are informed of what will be taking place and what is to come.

Hope it's good enough, Miggy. We (or rather, I) could always change it if you're not satisfied :)

One of luck, of language, and two of magic’s thread

To the land of lei, the four heroes shall tread.

Her freedom depends on the four who ventured near.

Beware both mortal and immortal beings who aim to hinder

Lest your efforts go to waste and lead you all asunder.

Happy Christmas Eve and I hope you have a wonderful Christmas ahead of you! Keep being awesome, and epic, and amazing, and cool, etc. and Feliz Navidad~!

uuhhm Evelyn already challenged the head counselor. we havent done anything yet does that apply?

There we go! *bounces*

Hay Da, I read on Vanessa (your fire nymph BC character) all you need to do is change which faction she's from. So we can continue our RP :) if you want that is

Can you RP back in Vanessa now? Please?

Sorry about that, im really tired

Yo, Migster! Happy New Year!!! I heard from Broken that you're from Philippines too just like me! Good luck on facing 2013's life challenges!! ;-)

Char up for adoption 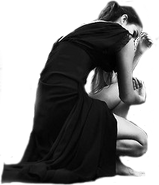 Just like this Gryffindor Kitten here, you have earned a place in my heart.

I put one of my God choices as Athena and Hephaestus before I changed them.  You gave me a badge of approval does that mean im in one of those cabins?  Because I really like those cabins. Samzahn99 (talk) 22:35, January 12, 2013 (UTC)

On your child of Iris, she was made in Nov 2012, yet you have all powers listed, did you have a prize and level her up early? you should note that under powers if that's the case, or note what dates she'll be getting the 3/6/9 month powers so there's no confusion

Just letting you know we're paired up together for le contest.

Just a reminder, you only have a few days left to get your character done for the Taken group

For the bc camp fight you've been paired with rubz, the fight will be http://camphalfbloodroleplay.wikia.com/wiki/A_Broken_Truce/Isidora_vs_Xavier there

Sorry no one bid on morgan for the dance so he has no date :(

A Broken Truce/Isidora vs Xavier

Retrieved from "https://camphalfbloodroleplay.fandom.com/wiki/User_talk:DaMigster/Archive_Two?oldid=894218"
Community content is available under CC-BY-SA unless otherwise noted.