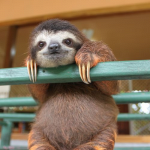 Yes... but that is kept private between the quest leader, the oracle, and the mod, until the end of the quest. NewYorkerDean(Conversate with me) 19:19, June 4, 2011 (UTC)

I had Wendy show up on the Notus cabin page instead of introducing herself to the current Notus children individually, since she is new to camp and wouldn't know who her siblings are yet. From what I saw, it looks like Evan is in the infirmary though, so I guess Wendy can meet him at a later time. LongClawTiger 17:42, June 15, 2011 (UTC)

Per our new level system, you are a level:

so, how's the quest?

aphrodite, being the goddes of love, sense ceto's love growing and ceto wants to meet phorcys. so she gives anti-love potion and a quest to stop ceto meet phorcys. they're late anyways, so they have to battle the baby monster. i'm thinking ceto knows about the quest and sends her children to stop the quest. so the questors will be facing echidna,scylla, and something else. and i'm thinking the graeae will misslead them, that's why they're late.

we need 4 to 5 questors, perhaps from poseidon and palaemon cabin, too.

who's ur character that will lead the quest? and make it someone with connection to aphrodite?

i have an aphrodite's daughter char, btw.

Here's some pics I found

Retrieved from "https://camphalfbloodroleplay.fandom.com/wiki/User_talk:Dagostino?oldid=448093"
Community content is available under CC-BY-SA unless otherwise noted.