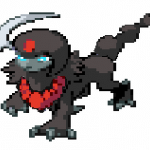 Thank you for your edit to the File:Percy jackson rp image.jpg page. As you are new here you start out at Entry Level, if you haven't done so already please visit the Getting Started page to learn how to get your character claimed, and what to do from there. As an entry level user, you are allowed one character spot.

It has come to our attention that every time you make a comment using your characters word bubble, the categories "Word Bubble Template" and "dragonvalejunkie" appear in the template. Now, I checked what exactly is wrong with the template and it seems, instead of creating an actual wb template for your character, you merely copy/pasted the coding into the page.

Um, firstly, when responding to messages, you go to the talk page of the person who messaged you and leave a message there. Then, just follow the instructions I mentioned earlier. The one about using/typing {{Alexios|message}}. Just change the "message" part with what the char is supposed to say. Then, for the previous comments, I'll fix it for you. It may take a while though what with the  numerous comments already made.

First off, you don't just go and make a template for it, if you've been given permission by an admin to work on power sets, you do so on a sandbox page somewhere, then before making a template they have to go up for vote and be voted on by the wiki before they can be made official. Also, her main scope is the death-mist, it's only a possibility that poisons MAY have been one of her scopes, so the powers would have to be mainly around the death mist, which is hard to do. Most of the powers don't make any sense though to the death mist or poisons. They need major work and cannot be done while in template form, so the powers need to be moved to a sandbox page and the template needs to be deleted

So once you get it off a template and in a proper work space, these are the powers that either need re-wording or make no sense based on her scope:

Here you go, now it's on a proper sandbox page

Well the wiki just says misery, but I guess it shouldn't surprise me Rick is continuing to rape myths in his books, that's why I refuse to read all his roman books, I got sick of how badly he keeps raping and changing greek myths just to suit his stupid books. But I don't see where you said about the mortals being hidden from monsters by it, it's not on the wiki encyclo page about it on the Camp half blood encyclo wiki.

Oh you can't base powers off something like that, only their scopes. Traits maybe, like you could say her kids often prefer the night, but no active powers

First off, misery is a state or feeling of great distress or discomfort of mind or body. so you need to avoid using words like depression and sad, as the scope is specifically misery, not sad or depression.

Time and relative dimension in space

Alright, so, first and foremost, congratulations on getting to Level Five! You've officially survived 5-6 weeks of newbness :D Now, since you're a level five, I'd like to ask if you participated in our Adopt a Newb program. By "participate", I mean were you "adopted" by any user here? If yes, kindly tell me who. Thanks! :)

For having gone over 25 days with no activity and no notice that you're on vacation or have other priorities that will keep you from going to the wiki, your character, Alexios, has been archived and is thus, no longer allowed to be rp'ed. Should you wish to use the same character in participating in our wiki, kindly contact an administrator and we will restore the page for you as it was and note the character as "active" again.

Retrieved from "https://camphalfbloodroleplay.fandom.com/wiki/User_talk:Dragonvalejunkie?oldid=1465962"
Community content is available under CC-BY-SA unless otherwise noted.