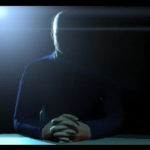 Thank you for your edit to the Model Hunting Agency page. As you are new here you start out at Entry Level, if you haven't done so already please visit the Getting Started page to learn how to get your character claimed, and what to do from there. As an entry level user, you are allowed one character spot.

Hey!  I commented on your claim.

Just a heads up -- I made your character Taza Hunter a V5 coded page.  It's sitting in my Sandbox, waiting for the information and stuff to be put into it so you can copy and paste it on your character's page.  I'm in chat if you want help!

This is for chu, for your birthday! (Sorry if it's a bit late.)

This badge is given to chu because...it's your birthday!!!

The Lady of the Dance gives you this badge, sincerely wishing
you a happy birthday!
She really hopes to see you survive til next year's birthday!
Your buddy,
Everstar

There ya are! I hope you had a good birthday!

ok, in taza?  "I'm not suffering from insanity, I'm enjoying every minute of it" DrXax

I don't know if he's ready yet

so where then? "I'm not suffering from insanity, I'm enjoying every minute of it" DrXax

which arena would you like, or do you mind if i choose?

"I'm not suffering from insanity, I'm enjoying every minute of it" DrXax

OK, here I leave you the [| link] P.D: You can continue the post by posting this

If it's about all the account problems I heard about, I'd suggest talking to staff Special:Contact/general cuz those types of problems are well beyond anything I can help with

I would suggest messaging one of the admins that actually uses chat or that was there for what was going on.

Unless you can give me actual proof about what happened and if it's fixed, I cannot simply take your word for it, therefore you will stay banned until you can tell me what happened or until we find out.

Ok, you can come back.

Alright, so, first and foremost, congratulations on getting to Level Five! You've officially survived 5-6 weeks of newbness :D Now, since you're a level five, I'd like to ask if you participated in our Adopt a Newb program. By "participate", I mean were you "adopted" by any user here? If yes, kindly tell me who. Thanks! :)

Hey, I was wondering if you'd like to RP with my new chara, I haven't been able to get on chat in awhile, but anyways do you wanna rp? Also I wanted to give you this.

Alright, so again, congratulations on getting to Level Five! You've officially survived 5-6 weeks of newbness :D Now, since you're a level five, as well as a participant in our Adopt a Newb program, under the guidance of User:Dancin4evah, you receive the prize which the program offers to participating newbs-- an early power up.

An early power up allows one (1) of your characters to skip the waiting period for the 3/6/9 month power (See cabin pages for 3/6/9 month powers). There's no need to rush and use it though, because once you use it, you can't reclaim the prize. You can hold onto it for a while and use it on a character you really want in the future. When/if you decide to use the prize, simply tell me so that I can note down that the prize has been used. :)

As for becoming a helper, would you like to directly take the test or would you rather go through the training program first?

Well, the best way to practice and know what to do would be for you to participate in the Admin Team Training Program. That way, you can have someone to guide you/show you the ropes.

Alright, this is a little late, but Okay! Post here with whom ever you choose

An issue on one of your characters still hasn't been fixed after a first warning. It says on Taza Hunter, that he has all monthly powers. However, he hasn't been at camp long enough to obtain any monthl powers. It also doesn't mention anything about you using a power-up whatsoever. Please fix this issue, or the page will be put under lockdown within a week, thank you.

Well, I can show you how it works. :) You basically just need to copy and paste the powers onto the page, and then strike out all the monthly powers you haven't earned yet (which is all three of them). Or you could just leave it as it is and add a small note that explains that you haven't gotten the powers yet. You see, monthly powers are attributed to a character once they've been existing long enough on the wiki to earn them. To check if you have collected the right monthly powers, you can go through the page's history. Only the monthly powers need to be earned through time, the others are already unlocked. :)

So I realize I haven't exactly gotten around to meeting you in chat for training purposes >.< I am so sorry for that. I'll need an update as to how you're faring so far with the basics with claims. Do you have any questions with a claim's history, or the weapons, or basically anything really?

No prob :) Be sure to get the details for nymphs like love nymphs/erotiads since those are sometimes the hardest to get.

you're AFK and i doubt you have le pings. So i'm telling you here

now i remembered you have an opus claim, so if you're kind enough to link it to me. i'll look it over, get pandy to heinrich claim it and then since i'm lucky enough to have Opus.Lt. i'll let your dude into my epic faction~

I have been a horrible mentor for pretty much disappearing on you DX How's your research been? I won't be able to meet you on chat anytime soon (what with my laptop being broken and with school less than 2 days away >.<) but, by the 20th, I can administer the claiming test to you. Also, have you been able to research on the BC? If you have, you can start with monsters :) Check The Monster Encyclopedia and basically browse through them :) I'll try to meet you soon.

Wow how time flies by. So, it's been a month already since I began "training" you. I will honestly admit I feel as though I did nothing xD Cus like, I just told you what to research on and you did the rest xD If you feel you're ready (cus I believe you are but the choice is still up to you), I can give you the test whenever you want :) We'll need to set up a date and time for when we can meet up in chat because I don't quite trust IMs when it comes to administering tests.

yeah you REALLY should fix this

Considering the fact that your one month training with me has ended, you are allowed to pick a Phase 1 prize (either an adopt-to-minor prize or a god rp). Kindly inform me of your chosen prize so I may take note of it. Then, I'm not sure if I just didn't see any messages from you what with my talk page being full of messages, but do you plan on taking the test? :) Or is it possible you've actually already taken it? o.o

Oh darn, that was one thing I forgot to discuss with you OTL. Anyway, the adopt-to-minor" prize, allows you to, as the name suggests, adopt 1 half-blood character which will then be counted as a minor char, rather than a major char. A god rp (or 10 minutes face time), on the other hand, gives you the chance to rp a char with the god/goddess of your choice. However, for god rps, the actual rp must only take 10 minutes, meaning, you can go for weeks posting with the admin who rp's the god but, in role play time, all that happened only occurred in 10 minutes.

I'll discuss the other prizes with you probably tomorrow? Will you be fine going to chat on June 29th at around 6 pm Philippine time? ORRRRRR you could IM me the moment you sign in :)

Considering the fact that we can't seem to follow the schedules (this was an error on my part, I'm really sorry ;-;), I'm taking the risk. Go to this place and answer the questions. Then I'll get back to you hopefully in 3 or 4 days time in order to tell you whether you qualify for helper. :)

Just a reminder that you have a claim in the BC forum that has not been edited for over a week. If it does not recieve any edits by the 10th of July, it will be deleted.

Will you be needing the officially less active status? It has been over two weeks since you made your last edit and you are currently listed as an "active user" with no notice of your absence or you being on vacation. If, by July 22nd, you do not make an edit or inform someone of your inactivity, you will have gone 25 days with no edit. With no notice of your inactivity, your characters will be archived and will no longer be able to be roleplayed.

As of today, you have hit 25 days with no activity or having notified someone of your inactivity. As such, your characters have now been archived and are no longer allowed to be roleplayed. If you wish to participate in the wikia in the future, kindly contact an available administrator and we will be able to restore your pages back to the unarchived state, as well as noting that you are active again. Thank you and we look forward to see back on the wikia as an active user in the future.

I noticed that your character using this model has left camp. I was wondering if I could use said model. And I don't mind if you say no.

Retrieved from "https://camphalfbloodroleplay.fandom.com/wiki/User_talk:Enalais?oldid=1488725"
Community content is available under CC-BY-SA unless otherwise noted.