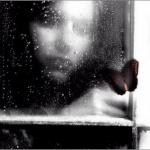 Hi, welcome to Camp Half-Blood Role Playing Wiki! Thanks for your edit to the User:EvanescenceLover page.

Please take off the This user has a child of Nyx userbox until you have been officially claimed by an admin as a child of Nyx. I'm not being crabby with you we welcome all users but please do read the userbox rules and claiming policies before making claims. Thank you and enjoy the wiki. Tick Tock-Feed the Croc 23:24, April 20, 2011 (UTC)

Hey, Matthew. I'm Nate, your half brother. Welcome to camp. I'm usually out training but if you need anything just ask. Family is important. HollowAvarice 01:57, April 24, 2011 (UTC)

Hey so was wondering what's up with User:Val-DaughterofEros, the character page for Deka Whiteblade says it's her character, but you created the page, also Val put in a claiming for a Valentine Angela, daughter of Eros, but after a week still has not created a character page. --BachLynn(Send an Owl!) 23:02, May 1, 2011 (UTC)

I had Wendy show up on the Notus cabin page instead of introducing herself to the current Notus children individually, since she is new to camp and wouldn't know who her siblings are yet. LongClawTiger 17:40, June 15, 2011 (UTC)

Per our new user levels, you are level:

I need to know when you are going to be online so I can give you a link to a chatango and give you your quest objectives for the chosen child quest, so that it can get started.--BachLynn(Send an Owl!) 20:08, June 20, 2011 (UTC)

Ok well I made a special chatango for giving out objectives, here's the link, http://chbrpgquests.chatango.com/, just send me a wiki message when you have time to drop into it so I can give you objectives. --BachLynn(Send an Owl!) 23:32, June 20, 2011 (UTC)

User:$MeSsWiThMeIfYoUdArE$ said that you were going to be away for a while and claimed to be your older brother. Is this true? (Nothing wrong with that but needed to confirm it.) Head.Boy.Hog (Talk To Me) 23:07, June 24, 2011 (UTC)

Hello EvLo. I have been away for a while attending to some rather depressing personal matters. I am now back and announce that we can continue the Chosen Child quest. I am truly sorry for the delay. HollowAvarice 19:57, August 11, 2011 (UTC)

There are new powers for the Dionysus cabin, please make the necessary changes to your character's page. http://camphalfbloodroleplay.wikia.com/wiki/Dionysus%27_Cabin#Powers BachLynn(Send an Owl!) 14:49, January 9, 2012 (UTC)

Hey, I know you've been busy with school and such the last few months, but your charrie Matthew Anemos, you've had him since last spring, and he's barely been rp'd a dozen times.

Same with Ireland actually, you've had her since last year and have barely rp'd them a dozen times

Hello, the Eurus' cabin has been deleted, you have a month to decide what will happen to your character and choose what you want from the compensation package. Thanks, "long and lost" ~~ Minx the Banshee

Your character: Antoinette is on lock down, because the issues that were posted on her page have not been fixed. If they are not fixed, they could lead to a warning, and possible deletion of the character. "long and lost" ~~ Minx the Banshee

Hey, because [[Forum:Phobos and Deimos|this vote]] passed, all Phobos kids are now Deimos kids so you need to change your char page so Deimos is the god parent instead of Phobos

Retrieved from "https://camphalfbloodroleplay.fandom.com/wiki/User_talk:EvanescenceLover?oldid=1418494"
Community content is available under CC-BY-SA unless otherwise noted.