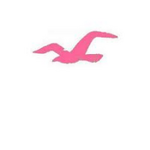 Hi, welcome to Camp Half-Blood Role Playing Wiki! Thanks for your edit to the Forum:Lauren Price page.

I found it and fixed it so it is now on the claim forum, here is the link http://camphalfbloodroleplay.wikia.com/wiki/Forum:Ashley_Cole, but you didn't pick which gods you would like to be claimed by, pick like 3 in order of the first being the one you most want, the third being your least fav choice. --BachLynn(Send an Owl!) 15:44, June 4, 2011 (UTC)

Welcome to the wiki

Welcome to the wiki!!!

That's fine, good to know, but in general you wouldn't have to worry about being marked inactive unless you weren't able to role play for more then 14 days, and then you wouldn't be deleted until 25 days, but thank you for letting me know.--BachLynn(Send an Owl!) 00:27, June 16, 2011 (UTC)

I need to know when you are going to be online so I can give you a link to a chatango and give you your quest objectives for the chosen child quest, so that it can get started.--BachLynn(Send an Owl!) 20:08, June 20, 2011 (UTC)

The quest really needs to get started, the other 4 users have their objectives are really want to get it started, but they can't until you have your objectives and are also ready to start, if I don't hear from you by the 25 June, then you will be replaced on the quest with a more active user. --BachLynn(Send an Owl!) 14:42, June 22, 2011 (UTC)

That image was brought to my attention this morning, and I have yet to put up a voting panel on it. The reasons images can't be too well known is because in general there are enough images online to use without using someone who everyone recognises as being someone else. Like for instance using a picture of Harry Potter for a character here, everyone sees it and thinks "Harry Potter". It's not that it's "wrong" to use recognisable actors or anime images, but the administrators as a whole felt that if enough people voted an image as "too" recognisable it was easier to just not use them. As each wikia is allowed to have their own policies, that's just how the administrators as a whole felt. --BachLynn(Send an Owl!) 21:02, July 5, 2011 (UTC)

hey fabina, the second picture is better. hotter, too. i think talan should be the white sleeveles shirt guy. btw, can rosalie give him the makeover? Queen.Bee 09:36, July 6, 2011 (UTC)

Your image for Lauren Price has been voted too recognisable, you can see the results here. http://camphalfbloodroleplay.wikia.com/wiki/Forum:User:Fabina12/Lauren_Price_-_Voting_Ended --BachLynn(Send an Owl!) 19:31, July 8, 2011 (UTC)

Well personally I have a hard time believing the majority of the teens and kids on this site are going to see her and go OMG she's from General Hospital....seriously....I only know this because well I'm older and have watched soaps.....so I'm fine with it, and if anyone gives you grief send them to me--BachLynn(Send an Owl!) 23:12, July 9, 2011 (UTC)

When editing the page, you can't see the bottom because of the new editing layout.

You can't. Only admins can.

You can't. Only admins can

I was wondering two things:

Thanks! And I want my sig. to Say "ALJ" In Lime Green and "Hey! Talk To Meh!" in like a sky blue color and for the font to be Vivaldi

Um, my character asked Lauren Price out five days ago and you never replied. Can you reply? Thanks alot.I could pull an all-nighter in my sleep -Alcedon 03:21, July 30, 2011 (UTC)

Hey Fabina, Demi is gonna have Althaia take Kristen hostage, because we need Asher and Althaia to meet and hate each other, as they're bro and sis, ok? Oblivion26 07:37, July 31, 2011 (UTC)

Thank you for participating in this month's contest, unfortunately your entry did not win, but I hope this doesn't keep you from trying for future contests, if you would like to make this character anyway, you still may make them, but they would be considered a major character. Cheers!--BachLynn(Send an Owl!) 21:03, July 31, 2011 (UTC)

I need to give you the objective for the quest (rogue demigod) I know you cant get on chat, but could you do chatango?  Kingbirdy  Talk  Contribs  08:34 8/8/11

Back from being busy? Let me know if you want to continue any scenes with Andre or Xander or anything new. LongClawTiger 05:02, August 11, 2011 (UTC)

Hello Fabina. I have been away for a while attending to some rather depressing personal matters. I am now back and announce that we can continue the Chosen Child quest. I am truly sorry for the delay. HollowAvarice 20:01, August 11, 2011 (UTC)

Hey I just was looking at your broken Covenant claim and I noticed the beginning of your charries history is similar to Bren'sBctcz 17:01, August 14, 2011 (UTC)

You dont have to change it that much, it's just that it seems similar in these aspects: Eris leaving early, father not wanting them, getting put in an orphanage, also the people complaing about them starting fights, also they would both be in the same faction. Maybe you could juts make it so that the Dad dies overseas and she gets shipped of to some relative who they hate and then leave. I'm sorry if i'm being annoying or anything It's just something that I noticed.Bctcz 17:19, August 14, 2011 (UTC)

Hey Fabina, we have to meet on chat and talk about Asher and Fabina. When you left I thought you were gone for good....so I had Asher do alot of evil things XD XP anyways, we have to get on chat to see about how they stand. Oblivion26 00:58, October 10, 2011 (UTC)

Response to whatever you put on mah talk page

Pretty good; I nearly got suspended, but got a lucky break due to my emotional problems; helping out in rpojects to be RB; and writing up a story at creativity unleashed. I have more, but i'm working now; HOMEwork. You may have a VERY minor Case of SERIOUS Brain Damage -Wheatley 23:49, November 2, 2011 (UTC)

Hey, noticed you haven't edited or anything in like 25 days, just thought I'd see what was up, if you are just less active cuz of school I can mark that, so you don't lose your characters.BachLynn(Send an Owl!) 22:21, November 28, 2011 (UTC)

Hey, the new powers for Aphrodite have passed, please make the necessary changes to your charie page http://camphalfbloodroleplay.wikia.com/wiki/Aphrodite%27s_Cabin BachLynn(Send an Owl!) 21:31, January 8, 2012 (UTC)

The new powers for Apollo's cabin have passed, please make the necessary changes to your charie pages. http://camphalfbloodroleplay.wikia.com/wiki/Apollo%27s_Cabin BachLynn(Send an Owl!) 21:55, January 8, 2012 (UTC)

New powers for Athena have passed

The new powers for Athena have passed, please make the necessary changes to your character's page. http://camphalfbloodroleplay.wikia.com/wiki/Athena%27s_Cabin BachLynn(Send an Owl!) 01:25, January 9, 2012 (UTC)

There are new powers for the Dionysus cabin, please make the necessary changes to your character's page. http://camphalfbloodroleplay.wikia.com/wiki/Dionysus%27_Cabin#Powers BachLynn(Send an Owl!) 14:49, January 9, 2012 (UTC)

There are new powers for the Eris cabin, please make the necessary changes to your character's page. http://camphalfbloodroleplay.wikia.com/wiki/Eris%27_Cabin BachLynn(Send an Owl!) 15:01, January 9, 2012 (UTC)

The new powers for Eros have passed, please make the necessary changes to your character's page. http://camphalfbloodroleplay.wikia.com/wiki/Eros%27_Cabin BachLynn(Send an Owl!) 15:22, January 9, 2012 (UTC)

Retrieved from "https://camphalfbloodroleplay.fandom.com/wiki/User_talk:Fabina12?oldid=314593"
Community content is available under CC-BY-SA unless otherwise noted.