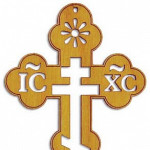 Glory to Our Lord

Thank you for your edit to the File:Cross.jpg page. As you are new here you start out at Entry Level, if you haven't done so already please visit the Getting Started page to learn how to get your character claimed, and what to do from there. As an entry level user, you are allowed one character spot.

She's been claimed :) Your free to make her page now. If you need help you can always ask me or the other users of the admin team. Have a nice day ^_^

Thank you so much!

Unfortunately no, there's no way or simple way to archive comments, it's something wikia's been working on for awhile now to come up with a solution for. There's some wiki's have have even more comments on articles than ours, upwards of 10,000+

Okay, thanks for the speedy reply though!

You're welcome, if you need anything else ever, just let me know :) I'm usually on any time between like 6am and 10pm eastern standard time.

Weird, maybe it edit conflicted, I think Astrid was messaging me around the same time, she might have edit conflicted you by accident. As far as where it is, I can't remember off the top of my head, I think it's a combination of both css an js. It was too long ago it was set up xD and my memory sucks.

I'd think so. And for the coding, thanks for the response. I totally get it. Dumbledore's Army RP has the same thing, so maybe someone over there will know. Thanks again!

Hi, I forgot to ask you, we have this program here called, Adopt a Newb, that includes helping new users get around on this wiki, so I was wondering, would you like to be my "newb" or in another way, could I adopt you? ^-^

Yes please, I'd appreciate the help. Thanks for offering!

Yay :D Awesome, thank you too! And once again, you can always ask me when you need help with anything :)

So sorry about that but here, we use {{{1}}} or {{{2}}} so I thought it was a template mistake. Although you have asked not to edit it, I'll have to edit the template so I can categorize it (again). I promise though that, other than categorizing it, I won't touch any other part of the template.

It is no problem at all. The only reason I made it like that is because that is how they are at w:c:dumbledoresarmyroleplay:Dumbledore's Army RP Wiki and I was trying to get used to it. I appreciate your help though. Thanks!

Using "time" and "melinda" like you did, is fine, but now every time you use the template you have to put |time= and |melinda= but if you use the {{{1}}} and {{{2}}} all you have to do is {{Melinda|~~~~~|type message here}} just one less thing to have to remember when typing up word bubbles, as they are so frequently used, I find the less you have to type each time for each character, the easier it is.

I believe so too, and on the RP wiki I made, I made it a bit easier with the word bubbles (the wiki isn't ready yet). The only reason I did that (and I explained this to Demi too) is that I want to get used to doing that because that's what we do at Dumbledore's Army RP. Thanks for the suggestion though, I really appreciate it.

The only non faction members allowed in the BC are the 3 lts and the head, other than that characters have to be in a faction.

Alright. So are Ortu Justitiae and Civitas Popularis the only factions open to nymphs? If not, which factions allow them? Should I claim the nymph in the BC claiming then? And does my story about being there before the BC work? Thanks!

Yes to BC claiming, the only faction that looks down on non demigod species would be Opus as far as I know (cuz they are all about demigod superiority). The hardest part with her history would be having reasons to join a faction. My suggestions would be something along the lines of she figures it's not her fault she's nymph of a tree so close to the BC sanctuary, and everyday she hears all the stories of why they fight, their ideals, at first she limited her contact with them, but the more she's gotten to know them, the more she sympathises with their pleas:

I was thinking that it would be something like "I avoided them because I was afraid at first, but I then realized that I didn't have any reason to be afraid, because I was naturally one of them. Why are gods superior? All beings should be equal." which would go with Civitas. What do you think to that?

Yep that would work

Yea minors can be in the BC, and as far as the history, I'd focus maybe a bit on her having roamed the forests for ages before the BC settled in there (roughly 10 to 15 years ago), and how she was scared at first, avoided them, and what changed her mind to start being more chatty with them and decide to join.

Thanks for your help! I submitted my claim.

Re: Wolf Attack in Forest

I love the idea but, Luna's wolves only obey her so they wouldn't attack unless she told them to. What if my character Jared were to attack her in his wolf form?

I love the Jared idea! Why would he attack her though? Could he perceive her as a threat? And is he single? If so, I was thinking they could fall in love... That sounds like something from a movie lol :P

Well in his wolf form, he's a rabid wolf, so he takes anything as a threat and maybe ;)

She's all yours, my friend, be sure to make put your name on her page and to make the necessary edits on the Users & Characters page :)

All done, thanks! I can't find her word bubble though, could you give me a link? Thanks!

He and her are sort of in a FWB relationship, but maybe going to turn into love, for him.

That works. Up to you. Did you want them to RP on the beach?

Sorry I didn't post yesterday... It was night for me.

It's alright, anyways posted back.

I haven't really kept track of new users lately since Demi's taken over updating the user/character forum, so it didn't occur to me that you weren't a level three yet. When you asked about minors in the BC I thought you meant in general are they allowed or do they count as major no matter what because they are BC. Sorry about that.

No problem, I just wanted to make sure.

Sure, go on ahead and fill the spot, and make the page. "long and lost" ~~ Minx the Banshee

Hey :) And yes, we do have a page of monsters to use for attacks, here: The Monster Encyclopedia. I would suggest though, monsters like harpies, cyclopes and hellhounds are usually the easiest and most common.

should be fixed now.

Posted back, and we'll continue to the theatres. And then we can tease Chase :P

I just need to confirm that you have adopted Octavian Messina from User:Theunbound64. Kindly reply as soon as possible.

I forgot about that but I'll keep him. Thanks :)

Hey Glory, just messaging you to let you know that your character Octavian has been selected to represent Nemesis' Cabin in the Grand Cabin Games. Please message me back ASAP to let me know whether or not you are willing and able to participate.

Sure! Anything I need to know?

For having gone 25 days with no edit and no notice that you're on vacation or have anywhere to be that will hinder you from getting to the wiki, your characters, Melinda Bavarde (Aphrodite), Octavian Messina (Nemesis), Holly (Animal Nymph, Guardian of the Reindeer), Morgan (Animal Nymph, Guardian of Deer), and Nick Lapierre (Storm Spirit), have been deleted. Should you wish to participate in the wiki using the same character(s), kindly inform an administrator and we will restore the page(s) for you.

Retrieved from "https://camphalfbloodroleplay.fandom.com/wiki/User_talk:Glory_to_Our_Lord?oldid=1416594"
Community content is available under CC-BY-SA unless otherwise noted.