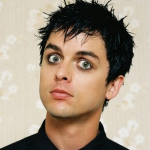 Thank you for your edit to the User:HadesHero page. As you are new here you start out at Entry Level, if you haven't done so already please visit the Getting Started page to learn how to get your character claimed, and what to do from there. As an entry level user, you are allowed one character spot.

Hey, Do you want to role play at the coffe shop/ then Connor Cooper' page?there is nothing wrong with love, there is wrong denay love someone. 23:23, January 26, 2012 (UTC)

I post on the imfirmary's page, as you know the big house/Fourth Floorthere is nothing wrong with love, there is wrong denay love someone. 23:48, January 26, 2012 (UTC)

I replied back on Hospital pagethere is nothing wrong with love, there is wrong denay love someone. 00:19, January 27, 2012 (UTC)

Can Julia go out with Chad Please?there is nothing wrong with love, there is wrong denay love someone. 16:35, February 9, 2012 (UTC)

Julia broke up with Dylan because she lile Colin more then Dylan, and since Colin like her too, and shedoes like Dylan but he is dead, and he is a ghost. I'm sorrythere is nothing wrong with love, there is wrong denay love someone. 21:26, February 10, 2012 (UTC)

I Replied back toDylan onhis page, and I rather not my character not go out with Ghost.there is nothing wrong with love, there is wrong denay love someone. 17:55, February 13, 2012 (UTC)

k , you do relize this isnt supose to be personal its just rp so dont get offened about the saytr comment.

I have to go my chat is not working ... not sure yet if roman and chloe can date

nahh Van ,is aboout to have alot happen and roman is taken

just realized you didn't have my badge, and that should change. so....for my awesome hubby!! :D

You know your char Tess. Well User:Starke21 is using the photo.

Leo Rain has been coded, I took over for Posey. Notify me if you want it to be more intensely coded.

From your chat/wikia stepfather (who isn't a happy camper with that marriage), Comic The root of all fear is imagination - Asura, From Soul Eater 21:07, March 16, 2012 (UTC)

Do you still plan on working on this claim? http://camphalfbloodroleplay.wikia.com/wiki/Forum:Luke_Goldstein?t=20120401022310

The Adventure of Ohio

Hi my name is erin and i was wondering if I could adopt your charcter Eric.

I hath challenged. I bid you good luck My honour.. My dreams.. They're yours now. You'll be.. My living legacy - Zack Fair to Cloud, moments before his passing

all i could find were these...

thanks for the badge! :D RubyRose

Hey, I'd like Eric Piper the son of hermes on camp half blood roleplaying wiki.

can i adopt yor carecter eric Piper son of hermes

In your profile you said you are the biggest Nico fan ever. I'm sorry but I must respectfully disagree as I am his biggest fan ever.

I challenged your morpheus char for counselor.

Hey, the powers for the hunters have been changed. Can you please update your hunter's powers? Thanks!--Claws Out

He only wrote that it's denied "UNTIL" you fix the issues he listed.

I give this badge to you bruv.

Your character: Trevor Snow is on lock down, because the issues that were posted on his page have not been fixed. If they are not fixed, they could lead to a warning, and possible deletion of the character. Minxie (talk)

Your character: Dylan Jackson has been up for adoption for over four months, I'd suggest either just marking the character has being gone or if you want we can delete the character, it's up to you, but it's been so long it seems there's no interest in them being adopted. Please contact User:LittleWiseOwlz ASAP with your reply. Thanks ~

The Fate of Metals - Option One Changes

Attention! For those of you who voted on the Fate of Metals vote, please take into consideration the changes in option one of the vote:

Trevor has been deleted, you were messaged about there being issues with him but never took care of them, he was never rp'd after making him

After a 'Stub' template was added to Tessa Miny's page, you have still not fixed the issues. You have two weeks to fix it before you get a warning and the page will be deleted.

(On behalf of the Administration Team of CHBRPW)

so I was in our pm in chat, and kept talking, cuz I somehow missed that you signed out >.< so this is what you missed while I was talking to myself

That's cool, let me know what you figure out

Don't forget, all those dead chars and chars up for adoption, the pages need to reflect that

So I heard you like Alligators? (Obviously cause I asked) But anyway, I felt I should give you something so I decided to give you not just any alligator..... A ALBINO ALLIGATOR! 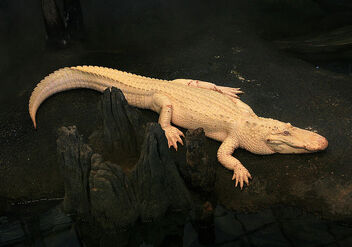 you just need one more edit, so :P

yo hades mason aaron's page went wonky. can you make aaron a separate page plz? Be patient and understanding.Life is too short to be vengeful or malicious. 10:18, January 1, 2013 (UTC)

Your character, Naily Mays, has been up for adoption for more than 6 months now and so, has been marked as "left".

Shun Axe has been up for adoption for more than 4 months so we just marked him as gone, if that's okay, thanks :) ~

Show my cards, gave you my heart. ~ ♥Wondereh♥

Congratulations on making it to not one, but two years with the wiki! We hope to have another great year with you.

So, thanks for that! I really appreciate it.

However, I noticed it is a little broken because of all the new coding updates. Would you like me to make it anew for you?

Retrieved from "https://camphalfbloodroleplay.fandom.com/wiki/User_talk:HadesVIP?oldid=1573099"
Community content is available under CC-BY-SA unless otherwise noted.