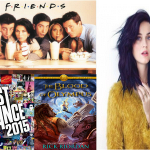 Thank you for your edit to the Claiming:Camp/Justin Mirase page. As you are new here you start out at Entry Level, if you haven't done so already please visit the Getting Started page to learn how to get your character claimed, and what to do from there. As an entry level user, you are allowed one character spot.

"Music expresses that which cannot be put into words"- Musician

Hello Jaslyly! Your character, Justin Mirase, has already been claimed. Kindly make his page as soon as possible. If you need any help in doing this, do not hesitate to ask any of the admins. Thank you :)

Hey Jaslyly so I noticed that you replied on your own talk page xD To reply to another user's message, kindly click one of the links in their signatures that will lead to their talk page and that's where you answer :) I just happen to be looking at the wiki activities and that's how I knew that you replied to my message :)

I saw that the model you're using for Justin is a canon char of the HoO series, Jason Grace. This is clearly not allowed. Actors who are also part of the movies are not allowed either since, well, they ARE the characters from the books and movies and the setting of this wiki does not include canon chars anymore so please change your model as soon as possible. If no action is to be done, then your page would be put on lock down and your character therefore cannot be roleplayed unless the issue is addressed. Thank you.

P.S. If you need help with finding a model, we have a page here in the wiki entitled, Model Hunting Agency. You can check that out in case you're having difficulties in looking for a model.

The one you're using for Justin Mirase, Alexander Ludwig, is already used by User:Brocky292 for Cesar Matias. Please change this as soon as possible. Thank you.

Hey Jaslyly! So sorry but Alexander Ludwig is in use :( You have to replace him.

Feel free to use him.

A friendly reminder that you keep on sending me messages without adding a header. Next time you forget about it, expect no replies. So sorry, I just have to be strict about it so my talk page looks organized >.<

By the way, here's a tip to know whether the model is taken or not. In the wiki search bar, type the keywords Category: <- yes, the colon is important. Then you add the name of the model.

If the name showed up even before you typed it completely, then most likely, it's already in use. But you still have to check it since some model categories are under the image graveyard which anyone is free to use.

2. Yes, satyrs, nymphs, and other creatures that are not demigods are considered minor and everyone can make unlimited minor characters and so that makes even an entry level have unlimited slots for such characters.

I hope I have answered all your questions. For any more questions or concerns, feel free to leave a message :)

Yes, they have to undergo the claiming process as well. The only characters that do not need to undergo the process are animal nymphs because they already have a set history and all you have to do is copy it.

It's okay to mention other characters in one's history although if you are to say that they stay in camp as well, then that would mean that they are actually an existing character in the wiki.

I would like to sincerely apologize for the delay in your moving from a Level 2 User to a Level 3 user. I can't promise that delays won't happen again, as I'm usually the one to level up new users, but I'm having a bit of trouble doing so due to a hectic schedule in real life. I will try my best to make sure that you level up on the proper dates.

Again, I'm sorry for the delay and any inconveniences that this may have caused you.

hey there jas I'm sorry to bother you but I have to say this dont comment on claims cause you dont have any authorization on doing so I will let you go with a warning but if another admin find out your doing this a sterner punishment may be coming.

P.S:if your curious yes I agree some reg users have been commenting on claims but they're helpers thus they CAN do that so please dont think we're being unfair ok?

hmm??? i thought hidden saw your claim...and you can be helper by taking a test but you need to wait until your a level 5 ok?

Hello there! I saw that you listed "exclusive powers" for your character on the "JustinMirase Powers" template. Unfortunately, we do not allow users to create and add extra/exclusive powers atop of the regular powers for their characters due to balancing issues.

As such, I have deleted the template you have created as there's no need to create a personal template for the Athena powerset when you could just use the Athena Powers Template or copy and paste the powers from it. Sorry for the inconvenience and thank you for your understanding!

oh sure just do me the favor of telling me the model's name please?

I apologize for the delay in leveling you up from a Level Four user to a Level Five user. The date that you should have leveled up to a Level Five user should have been January 30th; unfortunately, the bureaucrat that usually updates the Users & Characters list is very busy and I haven't had much time to update it either. I have now properly leveled you up to correct user level. Once again, sorry for the delay.

hey sorry for the long wait but here's our rp

OMG HI. So I checked over your results and you passed! You actually did really well, since you managed to get a score equivalent to 91%. It's WAY better than a lot of the other results. The things you got wrong were actually somewhat trivial, but I think it's still best to have them discussed. You could go to chat right now and ask any admin (admin, not rb, since admins and up have access to the results) to discuss your mistakes with you. I'd discuss them with you personally, but I can't spend more than an hour or so due to the numerous projects I need to work on >.<

Still, not discussing them won't hinder you from being a helper so...

Congratulations! I hope to be able to work well with you in the future :)

I don't remember the last time someone actually asked me to join a quest, literally it's been like at least 2 years O.O so yea I'd love to xD

coincidentally I do in fact own a Zeus kid, Colum McLoughlin he was the head counsellor before I left the wiki for a year hiatus.

Sure man! Eho should I use though? meh chars

I do have a Hecate child, so I'll use him

dude I asked you to make a new history for your new char not for the bc char...

Hello, Justin, I apologize for not being able to respond immediately :( But I already saw that it's been approved by Slay so I think you don't need my help anymore :) Anyway, I'm not that experienced to check BC claims as well so if you need any help with anything that concerns BC characters, I'm not the best person to approach. Again, I apologize for not being able to reply earlier. Hope you have a good day :)

k dont worry its done anyhow you planning to reply to our rp? if your not I'm archving

Sounds great to me :)

Sounds cool :) Let me know when it's ready to start

Heyya, Asly! On your claim, you added the unclaimed category, right? But that isn't the right way to do it. To change an unprocessed claim to unclaimed you'll just add - Unclaimed on the template at the top of the page (you'll see it when you edit it). So, it would turn out like this: {{PageHeader/Claiming - Unclaimed}} Get it? :))

Good day, Justin2111! We're currently in the midst of checking whether or not our User/Character Lists are accurate. Below is a list of all of your characters, as well as your prizes (both used and unused), and some other pertinent information. Please check that all information listed below is correct and accurate. If not, do message me with what's missing and/or incorrect. Thank you and have a great day!

Also, according to our list, you had Inferno999 as a part newb and currently have ShadowOfOblivion7119 as your new newb. Is our list accurate? If not, please IM me with the corrections. Thank you!

For getting your current newb, User:ShadowOfOblivion7119, to graduate to a Level Five user, you receive all three prizes which the Adopt a Newb program offers: 1 god rp, 1 early power up, and 1 shiny new charrie spot. Please update your slot in the Adopt a Newb page. I have already updated the prizes on your user/char forum.

Thank you for participating in our program and we hope you continue to help out future newbs! :D

For having gone a month without any edits, your characters would have been marked as "User Left". However, since you made use of the semi-active status, which tells us that you warned us beforehand of possible inactivity, rather than having your chars marked as left, you'll be marked as Officially Inactive. Should you wish to change user status, kindly inform myself or another member of the admin team so that necessary changes can be made.

do you plan on making your hare nymph

Retrieved from "https://camphalfbloodroleplay.fandom.com/wiki/User_talk:Justin2111?oldid=1727199"
Community content is available under CC-BY-SA unless otherwise noted.