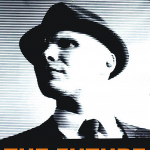 Please feel free to leave messages, I'll get back to you as soon as I can! :D

Hi saw your message on Bach's talk. You won't be able to join or lead any quests till Level 3 and 4 respectively but that is fine just don't expect people to at least wait for you okay? Thanks "Evils ubiquity. You can't run from your history. Your past will seek you endlessly."-Ghost the Narrator 14:07, December 14, 2011 (UTC)

Once your character is approved just start rping and be active that's the only thing you can do. "Evils ubiquity. You can't run from your history. Your past will seek you endlessly."-Ghost the Narrator 14:12, December 14, 2011 (UTC)

That's fine, we have plenty of user's from your area actually, even from Indonesia. so once you are a high enough level to join quests, don't worry about it. There's actually quite a few user's here between england/Egypt over to the Phillipines/Indonesia, and down to Australia, so one you get acclamated as to who's who and where they are from, you could always coordinate a quest with people from those time zones.BachLynn(Send an Owl!) 14:56, December 14, 2011 (UTC)

I'm at Bali on the 19th to 22nd of December, so I won't be active. So don't bother leaving messages in hopes of getting it relpied fast..:D But feel free to, I'll answer as soon as I can. I'll be online on the 23rd or so.

Ok, so, ya know how you've got twins to claim? Well, instead of claiming one now, and one in 6 days, I'm going to give you an early xmas gift and level you up early, but this also means that it'll be a bit longer before you level up again.BachLynn(Send an Owl!) 13:12, December 22, 2011 (UTC)

Hi there I'm just writing here to say thank you for every good things you did and sorry for evey bad things I did last year... So here is a badge to say those feelings even more.

P.S:sorry if its bad.cause I just learn how to do it...Again sorry! and I'm also sorry for giving to you late cuase I thought I gave it to you alreadyA champion is someone who gets up, even when he can't 15:39, January 20, 2012 (UTC)

Reza i already said you could use Lexi, go for it I don't mind. User:Travelg

Reza I see in the powers you put that the children of Phlegethon can be hurt by explosions. For explosions there are different types of them that do require fire and most likely the character themselves won't get hurt by these. If it a nuclear explosion yes they will be hurt by the radiation that emitted in the explosion. When an explosion happens even though they most likely won't be hurt by the explosion itself. They can be damaged or harmed by the debris that is flying around or smoke that result of it. I get what you are trying to do trying to add limitations. Most like child of Phlegethon weakness will be lack of oxygen, they burn through their energy quickly, and focus on the power. I am sorry I am seeing like nag but I needed to put this because just saying explosions is too general. User:Travelg

User:theflammablesection , who is the moderator, should give out objectives to each questor that they have to accomplish during the quest. and then after we all have ours, we should begin. Precious as a Ruby Sweet as a Rose 23:45, January 26, 2012 (UTC)

Still it best to clarify or not mention it at all. User:travelg

this is why my friends are soo scared if I'm bored or dont have anything to do...

What makes you say that? cause the colour is wayyy off, the words...Oh man why did my hugh sugar side gave this to people when its not even ready yet!A champion is someone who gets up, even when he can't 11:47, January 28, 2012 (UTC)

Okay, so i'm going to talk with User:theflammablesection about our objectives tonight and then he'll give them out and we can begin the quest! :) Precious as a Ruby Sweet as a Rose 22:49, January 30, 2012 (UTC)

Hey i know i dont know you and you dont know me but i was wondering if My character can join your Quest If yes thanks if not thanks anyway User:OceanKing 02:04, February 1, 2012 (UTC)

Its about time i make a new character anyway so ill work on making a child of Palaemon or Poseidon and thx again. User:OceanKing 13:15, February 1, 2012 (UTC)

Also, it just so happens that I'm going to be modding your other quest, the Forbidden Symbol one. so....I will give the other questors objectives asap, and then comment when you can start. :D good luck! (ps bach said you yourself don't need one, as your the leader, and leaders' dont need them) Because I hold with those who favor fire... And it's gettin' hot in here!

Are you looking for another member of the quest, The Forbidden Symbol Quest? WisdomShowsTruth 00:15, February 23, 2012 (UTC)

I love the idea in fact your idea does conside with an idea of mine for my BC Character named Megara Megalos and my other character Demetria Megalos. I created a chatango group called RpIdeas. Here is the page, this is so we can discuss ideas even if we are on diffrent schedules http://rpideas.chatango.com/

I have this HUUUUUUUGGEEEEE crush on you...and I still do

I "talked" with some of your friends, their nice btw. Anyway now I know where you live!! We can finally meet again after all these long years. I'm bringing some toys over too, you remember I like sharp things rite ;)

If you're reading this that means I'm already on my way, cya in a few hours....lovie

Awww thanks reza your a true friend! and I Missed you! anyway want to rp??No matter how bad the rain is,A rainbow shall always appear So Stop complaining at the rain and wait for the rainbow to come 06:36, September 10, 2012 (UTC)

(pss Kuerkynaggy!!! I have a secret if you want to know scroll down!!)

Suprise!!!! its an x mas present that you didnt see!!!

(anyhow this is just an x mas present not a badge soo hope you love it...and I'm looking foward to more RP with you! :) )

Retrieved from "https://camphalfbloodroleplay.fandom.com/wiki/User_talk:Kuerkynaggy?oldid=1418524"
Community content is available under CC-BY-SA unless otherwise noted.