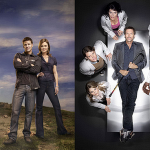 Hi, welcome to Camp Half-Blood Role Playing Wiki! Thanks for your edit to the Forum:Zee Reed page.

Lowdy I did make one . Here the link: Template:Homer's Stats

Dude despite what Pers said before i deleted it as i over rule him. You need to answer my questions i left on the claim and not make a page. Alright now I deleted the page. Tick Tock-Feed the Croc 16:24, June 23, 2011 (UTC)

Your image for Zee Reed has been voted too recognisable, see here for more info http://camphalfbloodroleplay.wikia.com/wiki/Forum:User:Lowdy345/Zee_Reed--BachLynn(Send an Owl!) 19:08, July 8, 2011 (UTC)

Thank you for participating in this month's contest, unfortunately your entry did not win, but I hope this doesn't keep you from trying for future contests, if you would like to make this character anyway, you still may make them, but they would be considered a major character. Cheers!--BachLynn(Send an Owl!) 21:02, July 31, 2011 (UTC)

I thinks it clever, and great.

Some of the Morpheus Abitlies were changed/added to, please check your template to make sure it is ok and make any necessary changes.BachLynn(Send an Owl!) 02:07, November 19, 2011 (UTC)

I am SOOO sorry about that. My sister jacked the computer. i was searching something on google, then my sister walked in and shoved me off the computer, then she typed that and canceled me from chat. Honest truth. can you pass on the message to some of the others that were on chat? Also, who is the mod? --Outsider (Look me up!) 03:47, November 28, 2011 (UTC)

hey lowdy? I'm just wondering if diana and lorcan is still going to hang out. another thing, I want to post something on lorcan's page, but it needs to be fixed; can you fix it? Athletiger Talk~Diana Chen 03:18, November 30, 2011 (UTC)

We begun posting on the quest

Hello, Lowdy. This seemed the fastest way to contact you. You are apparently an inactive user or something, so I have no idea if you'll get this or not. But still.

What do you want me to do?

I do not know what the word bubble idea is... I really don't get most of it. Where exactly is the RPing done? I am very confused...

Lowdyyyyyy. Are we explaining or what?

Still a no on the Cahill one, though. I am not as better suited to that as I think you think I am.

The new powers for Aeolus have been passed and are in effect, please make the necessary changes to your character's page. http://camphalfbloodroleplay.wikia.com/wiki/Aeolus%27_Cabin#Powers BachLynn(Send an Owl!) 20:39, January 8, 2012 (UTC)

Go ahead and take the counselor spot. With as erratic as my schedule has been recently, I am not sure I can really be an effective leader there right now. Don't worry, no hard feeling on this end. Good luck! :) LongClawTiger 02:39, January 9, 2012 (UTC)

There are new powers for the Dionysus cabin, please make the necessary changes to your character's page. http://camphalfbloodroleplay.wikia.com/wiki/Dionysus%27_Cabin#Powers BachLynn(Send an Owl!) 14:50, January 9, 2012 (UTC)

She'll go to the hunters and they can't resume their relationship. I'll start an rp about that on Zod's page if you want.

I shut it off, ghost and jake were fighting, needed a time out. I'll turn it back on soon.

Hi Lowdy. This is very insignificant, but I just thought you should know. So, my dad was taking me to get some pizza, and then randomly, I just looked up and the street name on the post thing was called Lowdy. Then, even more randomly, I looked out to a house, and the number was 345. Creepy, huh? Sider out live long And prosper 01:54, January 16, 2012 (UTC)

i posted on the motion family but i gtg lowdy any questions just leave me a message on my talk page OceanKing 05:25, January 21, 2012 (UTC)

Tell me if anything's missing:

Voyage to the land where time stands still

Bring back the Cat at the Lord of Vine's will

To forgotten belongings you go but to not sherk

Travel back to whence you began

Hey, so on the leopard quest are you not going to need a prophecy? Also do you know where comic is at for giving out objectives?

Masquarade ball, or however you spell that

hey, with the dept revamp, counsellor judging is now an exclusive UR thing, so that's been removed from the 2012 to do list, and you dont have to worry about it any more. Kingbirdy 02:58, January 31, 2012 (UTC)

Do you still plan on working on this claim? http://camphalfbloodroleplay.wikia.com/index.php?title=Forum:Gore_Days&t=20120129032039

No biggie, you started it, and it's a minor job, nothing that has to be finished urgently, so if you think you can still finish it in the next couple of days, it's all yours, but let me know if you can't.

Lowd can u pls accept my badge! i want us to be friends, not enimies. Orbie

Can i know why u hate me? Orbie

Then why r u mean and aggresive towards me, and why cant u accept my badge? Orbie

Growing up Mia didn't have alot of friends. Her friends were music and animals mostly. As she grew older she wanted to learn how to play the drums and finally got to when she turned eight. Mia had a talent for the drums. At first she used her drums to blow off steam but, started playing it more than for anger. When she was thirteen she entered a talent show with her drums and won because of her skill at being fast. Soon after she left for camp. Ever since she got to camp she's been looking for a drum set she could barrow but, insted joined the band.

I'm confuse. I thought we allow have eight camper character only?.there is nothing wrong with love, there is wrong denay love someone. 00:40, February 24, 2012 (UTC)

Lowdy I'm probably the last person on Earth you want to talk to but please listen. I'm sorry for getting so mad over this whole thing I mean come on its only the Internet. I'm sorry for all the nasty things I wrote. I'm sorry for having an affair with Mik. I was foolish, stupid and idiotic. I hope we can be friends. I am Wine

Could you please urgently start being uber active and posting on http://camphalfbloodroleplay.wikia.com/wiki/To_Save_One_Leopard as there is only six days left!

Here ya go. Chu now has my badge

Oh Lowdy for team two I put that it was your character who told Asen, Zara name. Just letting you know so you can confirm it. User:Travelg

Please don't forget about Camp Team 1! People are on the verge of booting you! Thanks,

Ur leaving the wiki? Whats going on...? Orbie

Well,ur leaving, guess this is goodbye.... I'm sad to see you go, and i will miss u so much. DX Orbie

Sure, I've got a bit of spare time, though only for another week, I have a new class starting next week.

Um the backround is supposed to be a red color with black text, and the headers are supposed to be black with gold text as well as the info boxBctcz 04:23, June 14, 2012 (UTC)

The password is being rejected when I try to join the league. Falling from heaven is not as painful as surviving the impact 19:29, June 25, 2012 (UTC)

Hello, official sign up for Lillith's Letter is up. If you are still interested please sign up in the requests section. Thanks, "long and lost" ~~ Minx the Banshee

Retrieved from "https://camphalfbloodroleplay.fandom.com/wiki/User_talk:Lowdy345?oldid=663054"
Community content is available under CC-BY-SA unless otherwise noted.