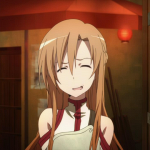 Hi, welcome to Camp Half-Blood Role Playing Wiki! Thanks for your edit to the Mikmak Blair's Favorite Monster Assignment page.

I think they've put a temporary hold on children fo the big three. I know they plan on taking it of when the wiki officially opens. I would send a message to Thebiguglyalien or PerseusJackson for specifics. I would recommend looking at the policies section to see the sites charcter guideline section. HollowAvarice 14:30, April 7, 2011 (UTC)

Hiya, thanks for the Iris Message. Thanks for the info and the warm welcome, it's really appreciated. I have one more question; how and when do we start roleplaying? Please don't mind me being so newbie-ish xD
Well gotta go, Miss Desrosiers 12:18, April 9, 2011 (UTC) Miss Desrosiers

Children Of the Big Three

Yes we are temporarily having a block on Poseidon and Zeus because everyone wants to be those two. Not entirely sure abouts Hades as i am the only member of the cabin. I have sent a message to Perseus asking about the Hades cabin being a part of that temp ban So when he lets me know i'll let you know Mikmak course i doubt anyone would wanna be a part of the Hades cabin.... except me. TheGhostMan May the Underworld protect your soul when you enter. 05:48, April 8, 2011 (UTC)

I, (as in my character xD) am now officially claimed by Aphrodite. How'd it feel to receive the blessing yourself? And can you charmspeak?
Miss Desrosiers 13:06, April 9, 2011 (UTC)Tatiana Desrosiers 'Rosie'

Yeah sure if Tsumi can hang around it's not like he has anything to do. Isabelle will be glad to have a treaty with her dad's mistress. TheGhostMan May the Underworld protect your soul when you enter. 14:07, April 9, 2011 (UTC)

He he he i was wondering if you would introduce Tsumi to your sister. *Winks* I got something in plan if she agrees to it. TheGhostMan May the Underworld protect your soul when you enter. 14:18, April 9, 2011 (UTC)

Hey, it's me again. Man, I sure do leave a lot of comments; thanks for making me the lieutenant of our cabin. I've got a teensy weensy little problem though, what do I do now that I am the lieutenant?

Well we do need some love interests on here and Bach is doing the same with 2 of her characters and i would do it with my character Isabelle but that would involve creating Tony Catanino my fourth character. So i was thinking how odd would a couple of a Hades and Aphrodite kid? It's just a thought but it would be real cool if that could happen. TheGhostMan May the Underworld protect your soul when you enter. 14:09, April 10, 2011 (UTC)

W-What plan? *Facepalms herself as she realizes it* Ohh, you mean Tsumi Tanake's plan don't you?
Don't wanna change the subject but I heard this awesome song the other day, it's called Aphrodite and it's sung by Kylie Minogue. I thought it appropriate since we're Aphrodite's daughters and all. I'm so excited for tommorrow, I'll safe my strength like you said. What are we going to do now? If we're not doing anything, can we go relax somewhere, staring at the clouds or something. I dunno. But I cannot sit around and wait for something to happen you know. Anyhow, I'll think I'll stop rambling now. *Gives you a whimsical hug* Miss Desrosiers 16:27, April 10, 2011 (UTC)

What gives you the idea me and Tatiana are close Mikmak? I mean i think there is some attraction but.... we just met each other... Tsumi Tanake

Okay OOC I got work so give hopefully Tatianna and Tsumi can get together see you guys in 3 and a half hours. TheGhostMan May the Underworld protect your soul when you enter. 16:43, April 10, 2011 (UTC)

Wotcher, I'm not too late right (I live in Europe so it's a bit annoying with the time diffrences and such...)
I hope you're ready, I am ready for sure! *Grins at you*

Uh hey any chance uh Tatiana really does like me? **Tsumi blushes and hides behind the door to the cabin* Tsumi Tanake

Hi Michaela! Long time no see! How are you? I've been well. *Smiles at you* What've you been up to? Tell me tell me! *Bounces up and down, laughing*

Thank you for sticking with me sis.

mik can you get azumi to walk away from jess and jordan...there is a big secret about to be released...yo'll know soonPerseusJackson-Jordan Terraemotus Tempestas 14:54, June 25, 2011 (UTC)

What the heck? Starz

anyways, do you think aphrodite's cabin can make more treaties with other cabins? perhaps the hephaestus, since aphrodite and hephaestus are husband and wife, or ares' cabin? oh, and do you know Holly had a baby and Florianne raised him?? i don't even know if it's allowed. poor illegitimate baby (i thought it was a puppy at first).Queen.Bee 15:32, July 12, 2011 (UTC)

Ghost of the past quest objectives.

Your char's objectives are to help as much as possible.

Ghost of the Past Quest

Please edit more frequently on the ghost of the past quest (not saying you haven't).

So I'm happy to say that you won November's contest, there is one tiny catch though, normally the winner gets to count the character as minor, but you have twins so that wouldn't be very fair, so you may count one twin as major and one twin as minor, ok?BachLynn(Send an Owl!) 13:54, October 31, 2011 (UTC)

I have a picture VERY similiar to the one you are using for Mikmak Blair's profile. I was wondering whether you could just use the word bubble picture? It's okay if you can't or don't want to, it's just, you have two pictures for that character, and I wouldn't ask otherwise.

Hey, the new powers for Aphrodite have passed, please make the necessary changes to your charie page http://camphalfbloodroleplay.wikia.com/wiki/Aphrodite%27s_Cabin BachLynn(Send an Owl!) 21:32, January 8, 2012 (UTC)

New powers for Ares have passed

The new powers for Ares have passed, please make the necessary changes to your character pages. http://camphalfbloodroleplay.wikia.com/wiki/Ares%27_Cabin BachLynn(Send an Owl!) 22:15, January 8, 2012 (UTC)

Hey I'm challenging for the Lt spot of Ares

Mika asked me to leave the notice for this, well she challenged you for Ares Lt Claws Out

That char of Bach's left camp. Claws Out

Hey I was wondering, you've barely edited i going on 6 months, and I know you went less active last fall because you were busy with school, but did you plan on role playing again? It's just some of your character's that you made last fall, you haven't even rp'd a single time, like the Deimos twins

Hey so I understand you're really busy with life, and that's entirely understandable, it really is. But as you haven't had time tor rp here in over 8 months, I am going to mark your characters as "user left". They will not be deleted, when you find you have time to come back and rp again, you're very very very welcome to, but this way there's no confusion if people try and rp on the pages thinking that you may get back to them at some point.

Hey Mik. We kinda have more strict policies now so... >.< You need your history added. For example how their parents met, their childhood, first monster attack, and how they got to camp; the childhood is pretty much complete; but, we kinda expect at least four paragraphs. After that, you can choose any beauro, admin, or rb to check at your histories. Also, please add the new powers from the cabins for all your characters or simply take the section off. Please change these details asap :) You kinda have a few (3) weeks from bachy before lock down. X3 Thanks.There is a crime, but no criminal. ★❣Broken❣★

Np. Just inform anyone in the admin team once you're done. Thanks.There is a crime, but no criminal. ★❣Broken❣★

Thanks for staying and support the wiki all these times! Please continue to! For now, please accept:

B & E: I dont think Janus is allowed here anymore because he's Roman. We only accept Greek charries unlike the books.

Other than that, I'm ok with the rest :)There is a crime, but no criminal. ★❣Broken❣★

Haha yeap :) turns out he was roman so.. yea ._> thats why the janus cabin got deleted. Anyways, did you change?:)There is a crime, but no criminal. ★❣Broken❣★

Um hi! I'm Silver Love or simply Silver ^^ uh I'm just wondering if I could use Seohyun too as a character model? Well basically sharing. >.> So um can I? ^^ If not I perfectly understand and it'll be okay. c:

"I realized what I was looking for was this close to me all along." Mayu Watanabe/Silver

Retrieved from "https://camphalfbloodroleplay.fandom.com/wiki/User_talk:Mikmak28?oldid=1418535"
Community content is available under CC-BY-SA unless otherwise noted.