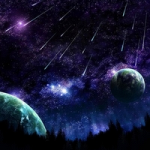 I'm asking forgiveness for what I'm about to do. -Devil

Beep beep, MTDCLNGIT needs validation from DTMCLNGIT. It could do with a lot of revising and I fear everyone else's wrath. Certain rituals can banish me from dimensions sometimes, into the Never-Ending Loop of Questioning Existence. Also Toxy be too busy to stalk here's hoping he never sees this save me

Thank you for liking it, oxnvk divnekcnwlncwofnoqbfkdnvlsj lznkh wihcodngoenlngptjbos. I had an anxiety attack (or something idk i was a mess) a little while after typing it all and IMing. Z and Lemon had to talk me out of deleting everything and rewriting the IM. I have no idea if DDLC's Point of No Return scene (hello Sayori) had anything to do with it because I played through it, was anticipating it, still screamed and less than an hour later I get overwhelmed by feelings I haven't had in months. Either way riperoni pepperoni macaroni me af.

Unibot pls, I love your histories so much askenfogjtogjwodm and I not so lowkey wish you had more histories than the homework you have rip. I think this would be around the fourth time I've read Rory's history. :L

Cut all those lightyears with a lightsaber crafted and patented by Procrasti Nation. (jkjkjk don't rip). I'll keep you posted for sure! c:

Hey Nata, yeah that's totally fine for the bot, but I think you need to go to wikia directly and say that it's a bot account? I might be wrong tho I'm not overly sure.

I'm the patron saint of your demise.

Could I make a character that was the child of a demigod and a god? Or is that not allowed? If so, would they have the powers of just the godly parent, or would there be some minor powers from the godly grandparent as well?

"Smooth seas have never made for skilled sailors." Talk

I found it. The perfect thing ever

Aspire to inspire before we expire ~Nat

Hi Nata i'm giving as many people as possible a online dog or cat. I got you both since i dont know which you like best

What's the forum name. I can start posting now.

Those actually look so much better omg, and thank you for pointing out that omg I would have never known.

What in Wakanda, your new talk page is amazing! But yeah, miss you lots :( I keep missing you on the chat! Hopefully I'll meet you one of these days. Also our RP is still up if you'd like to continue, although it's ok if not.

Cheers! Thanks so much!

I didn't know, I'm going based off character spots given/listed in the user char forum

Heyo, just thought I'd check in on here as well as the ooc chat; 1 dracanae or 2 in the Two Natas in Town RP?

Catch me on chat if you can :)

Hello this has 0 creativity

Bc i have a headache my entire body hurts and my eyes are eurgh too and i'm too tired to sleep e94jgndns but 2 weeks later i finally saw your IM and aww ty Unibot. Idt I have your email (i might have but then misplaced it like I misplaced my productivity). 2018 is bad bad bad potentially badd-ier than the cosmic pineapples and wart custard epidemics tbh but i'm still alive so that's gotta count for something

Hi! As an attempt to revitalise the wiki and/or bring a revival or an ending to the Champions of Othrys event, a blog has been posted here.

As you are one of the users with a character on the two current ongoing missions regarding this event, your vote and contribution would be appreciated.

Please read through the blog, vote on the poll, and don't hesitate to leave an IM on my talk with any queries you may have!

rip open a pixie stick with your teeth and empty it into my gaping ass!!! love u mom﻿ Oli

I miss you! Hope you're doing ok

No tea no shade to Brocko <3, but he lowkey broke the MediaWiki:Common.js code when he edited the page which also broke my word bubbles' CSS imports x3 (not sure why I decided to use JS to import my CSS). I've fixed the syntax error in the code and moved the imports to MediaWiki:Common.css (you may need to clear your cache for the change to take place), so there shouldn't be any problems in the future. Thought I'd give you a heads up! c:

Girl, don't mention it <3. but lowkey tho, you're the only other person that uses the word bubble, so if shit falls apart and the world ends or if you want any features added to the wb, hmu and I'll see what I can do, ly <3.

DID I EVER RESPOND TO THIS IM AAAAA

henlo unibot it's been forever i miss u sm i hope college isn't flaying you alive inside out like those nasty sun-eating crustaceans from Syfert galaxies eihgfirobgorbg i never seen u on the discord ;-;

Currently, the Human Resources department is in the process or ensuring the Animal Nymph template is up to date in terms of reservations and caracters. Currently, you have Bernard and Dume listed. Are these characters still active, or can Human Resources mark them as "gone"?

now your heart is in my hands, I won't give it up

Retrieved from "https://camphalfbloodroleplay.fandom.com/wiki/User_talk:Nata_Roebot?oldid=1813260"
Community content is available under CC-BY-SA unless otherwise noted.