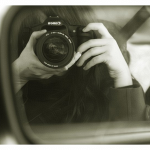 Thank you for your edit to the Forum:Fylan Pennington page. As you are new here you start out at Entry Level, if you haven't done so already please visit the Getting Started page to learn how to get your character claimed, and what to do from there. As an entry level user, you are allowed one character spot.

^ that was me, eating my words XP Sorry, I saw ghost was the last one to edit it, but I never looked at what he actually did to the claim, so I assumed he had made more notes and you hadn't been back to edit it, we have soooo many users that make claims and never come back, it's hard to weed through them all http://camphalfbloodroleplay.wikia.com/wiki/Forum:Fylan_Penningtion-Unclaimed I restored it, all you need to do is take out chiron, none of the canon characters are at camp.BachLynn(Send an Owl!) 21:46, January 1, 2012 (UTC)

I didn't say he was dead, just not at camp, it's just easier as this is a role play wiki, to stick with characters we created, instead of using Rick's. Alexander the Great (Alexander), is the camp director, he's an automaton. BachLynn(Send an Owl!) 21:52, January 1, 2012 (UTC)

Using Template:Word Bubble , you make your own template page named something like Template:<easy name of your character to remember here>, you can see one of mine as an example Template:Tacey BachLynn(Send an Owl!) 23:00, January 1, 2012 (UTC)

Hey, I need you to take off the heat thing on the character page, withstanding heat is not a power of Apollo's kids.BachLynn(Send an Owl!) 20:40, January 2, 2012 (UTC)

Hey, Tash-io (mind if I call you that? :D) I hate to be a party pooper but the pic your using on Mary-Lize-Joe 'Joey' Smith is the one I'm reserving...could you find another? XC I hate to ruin people's fun. Sowwy. ALERT. JENNA HAS CONTAMINATED THE FOLLOWING AREA. 21:08, January 8, 2012 (UTC)

Darn, cuz theres no other pic that suits and ive been looking for days.

Maybe I could help you find one. What color hair and eyes? I'm pretty good at finding pics :P ALERT. JENNA HAS CONTAMINATED THE FOLLOWING AREA. 21:15, January 8, 2012 (UTC)

Its alright, i'll just change her hair to dark brown/black

The new powers for Apollo's cabin have passed, please make the necessary changes to your charie pages. http://camphalfbloodroleplay.wikia.com/wiki/Apollo%27s_Cabin BachLynn(Send an Owl!) 21:58, January 8, 2012 (UTC)

The powers of Hecate children have changed please make necessary changes to you character page ASAP.

Hi there! Its me and I just want to say sorry about the lateness of my reply!!Never tell me the sky's the limit when there are footprints on the moon… 16:16, January 13, 2012 (UTC)

So you'll only be away for a week or so? That's fine, I don't even mark characters/users inactive, unless they've gone over 2 weeks and they didn't say anything in advance, and then it's like 25/30 days before I touch the characters are far as "gone" or deleted.

Can Mortimer go with Bess to Valentine Ball?there is nothing wrong with love, there is wrong denay love someone. 22:13, January 24, 2012 (UTC)

this is why my friends are soo scared if I'm bored or dont have anything to do...

To me its a huge problem!! cause I wanted to give it to you guys on friendship day and if it wasnt for bach it wouldnt be this perfectWhen you feel so sad, talk to clever bot cause he can make you better! 01:31, January 29, 2012 (UTC)

A badge?Oh its like this, to start it off a badge is like any other templete page, So you need to make a page first lets call it Template: Takster approved . Then find a badge and change to source mode to copy everything so that when you go to the page you just made(the templete one) you can just paste it and alter everything to your heart content...umm are you getting me?? And about the sig you can just umm....how about I make it for you?When you feel so sad, talk to clever bot cause he can make you better! 02:06, January 29, 2012 (UTC)

your sig? sure no prob! but you need to tell me the colour you want and the font and oh yeah what you want it to say, BTW! here you can use my badge Template:Mel's Badge When you feel so sad, talk to clever bot cause he can make you better! 02:12, January 29, 2012 (UTC)

Oh sure and by the way your badge needs to be just one colour or else it wont fit so can you make your request a bit simpler?Hope is my nightlight the world is my dark room 02:52, January 29, 2012 (UTC)

Also, i'm re-naming Layla because so many people (two) have used it, so i think i'll name her Victoria, or Tori for short. Or Laila, which one do you think. I like the latter.

So yeah, and one more thing, hi!

The whatever and mah badge... =D

You think we should make Nikki and Myles meet up soon?

I finished Mo's page and now I'm gonna do El-Luise. What do you want the background color to be?

The victors write history, the losers are wiped from it.

Hey Daughter :P. On February 13, you requested all your character pages to be coded on Character Page Coding Signup. I just checked the remaining pages (Clover, Myles, & Liliac) And they weren't coded, so i just added one small block of coding for the header and outline stuff. I call that easy code. Anyways, So notify me if you want it to be fully coded, I have time. :) -Your Chat/Wikia Father, Comi The root of all fear is imagination - Asura, From Soul Eater 19:31, March 16, 2012 (UTC)

Yeah, my condition has improved :). Make San first, i don't mind. BTW, i might answer some things as Timey, cause Timey needs some help, so yeah.

Just by 34, but still that's impressive! I've got over 500. Do you give yourself the bronze soul thingy, or does someone else give it to you?

What god/dess will San be the child of?

Oh yeah, how many times do you reckon you've told me already? That particular piece of info refuses to stick in my brain!

Yeah, it's still over 500, which is skilled, i must admit

Skills, you know, skills. She's BC, right, they have really interesting histories.

Everytime i go onto your page, i think your Bach for a second,i don't know why XD

It's your picture! I don't know why. And i knew i was crazy a long time ago! XD

Okay, me going now, check up at hosp, but will be bacl later!

What you up to?

Do you wanna make Nikki realise the truth now?

How will she realise - wait, i've just had an idea!

Wait, not my laila right? One of the layla's?

Phew. It'd kind be weird if one of your charries went out with one of mine without me knowing.

Don't worry about it, he's Vena's, i'll lay off

I was passing by the Historical Demigod Contest page and I happened to notice that you chose Robin Hood. I'd like to inform you that Robin Hood was not a real life person in history. Although there have been speculations about his existence in real life, there is no solid proof he was an actual historical figure and he will remain a legend, a popular legend that started in the Medieval times. So I would kindly ask you to please change your entry or delete it if you do not wish to enter with another idea.

hey my name is babyowls and i would like to adopt your character Lyana Grace .

Hi, I am updating the user/character forum, and I just want to confirm that we have is accurate. We have listed:

Animal spirits don't need to go through claiming, so I deleted your claim

There is no fox nymph/spirit on the list, so you need to pick a different animal for Russhell

Retrieved from "https://camphalfbloodroleplay.fandom.com/wiki/User_talk:Ninja-Tash?oldid=1573453"
Community content is available under CC-BY-SA unless otherwise noted.