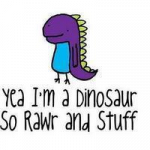 aka You want to know, really? It's *beeep* Sorry your call has been transferred.

Hi, welcome to Camp Half-Blood Role Playing Wiki! Thanks for your edit to the User:Percy Jackson12 page.

Hey, I just noticed that you haven't been active since 4/22, not really an issue yet per say, but as we are trying to make this an active rpg wiki, we ask that all non counsellor/admin members be at least somewhat active in a 25 day period, if for some reason you will be unavailable for awhile or away from a computer, if you could just put up a message on your user page about it or let an admin know otherwise if we don't hear from you for 25 days we have no way to know if you just gave up on the site or have been too busy for it, just let me know what's up. Now technically at this point you have been inactive for more then 25 days, but I will give you a couple of days from this message to respond. Cheers!--BachLynn(Send an Owl!) 02:21, May 21, 2011 (UTC)

First of all, you've had a total of 9 edits since coming here, that includes your edit to my talk page, and it's black and white on your contributions page:

Your Theseus McStarius character has had an expand on it for a couple of weeks now, as it is a stub, and only has 1 sentence and a single picture about your character it is in breach of our character page policies, you need to expand it within the next 3 days or you will receive a warning for breach of policy.--BachLynn(Send an Owl!) 01:36, May 24, 2011 (UTC)

i just wanted to say that the missing sister quest has started and we need you to start role-playing itSkyandbray 16:47, June 28, 2011 (UTC)

There's a userbox called My Characters, I think.

he can't be at yancy dude, nor can hehave a save the gods quest, that would be fanfictionPerseusJackson-Jordan Terraemotus Tempestas 15:01, August 17, 2011 (UTC)

i was going to suggest that. I'll do it soon, just copy and paste the page and maske it at the fanfic wiki...or you could write a sttory of him getting get to camp here and the quest at teh fanfic wikiPerseusJackson-Jordan Terraemotus Tempestas 15:07, August 17, 2011 (UTC)

yea that's happening, do you mean how i got my page all fancy?PerseusJackson-Jordan Terraemotus Tempestas 17:52, August 22, 2011 (UTC)

AH, you use HTML, and happy birthday. I could do it for you if you want.PerseusJackson-Jordan Terraemotus Tempestas 18:18, August 22, 2011 (UTC)

I never see you in caht so I can give you your objectivesPerseusJackson-Jordan Terraemotus Tempestas 20:20, October 27, 2011 (UTC)

dude on the councilor challenge it's like you compltely ignored my last two post. ok the first one i can handle but two times? i've talked it over with a few ppl and that doesn't make sense, so if ya could change your postNarutofreak('Nuff Said) 18:14, November 18, 2011 (UTC)

so the quest, that ruby one, it needs to get moving, at this point it looks like you definitely need a replacement for fire as he's inactive till Christmas, and I think flock maybe too, not sure, and if the hold up is Pers getting people objectives I need to know that so I can take action. Let either Rid or myself know what's going on, essentially if one of us doesn't hear from you in 3 days from now, it'll just get ganked.BachLynn(Send an Owl!) 00:56, November 22, 2011 (UTC)

New powers for Athena have passed

The new powers for Athena have passed, please make the necessary changes to your character's page. http://camphalfbloodroleplay.wikia.com/wiki/Athena%27s_Cabin BachLynn(Send an Owl!) 01:22, January 9, 2012 (UTC)

There are new powers for Hades Cabin, please make the necessary changes to your character's page. http://camphalfbloodroleplay.wikia.com/wiki/Hades%27_Cabin BachLynn(Send an Owl!) 16:28, January 9, 2012 (UTC)

Hey, the powers for the hunters have been changed. Can you please update your hunter's powers? Thanks!--Claws Out

The vote for the deletion of both the Koios Cabin has been passed, you have a month to decide if you would like to do with you character. Thanks, "long and lost" ~~ Minx the Banshee

Retrieved from "https://camphalfbloodroleplay.fandom.com/wiki/User_talk:Percy_Jackson12?oldid=1418546"
Community content is available under CC-BY-SA unless otherwise noted.