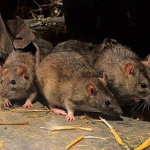 Hi, there! Welcome to the wiki! I'm LittleNephilimShadows. Please let me know when you get your character claimed. :-)

The first two offensive powers have nothing to do with his scope, water and childbirth, his scope is just "hermaphrodites and of effeminate men". Not seeing what that has to do with water or child birth. So none of the defensive powers fit his scope, one of the offensive powers kinda does, I'm presuming it means cause someone to be so confused what their gender is it distracts them emotionally? None of the Supplementary fit his scope, none of the passive ones, the 3 month one doesn't, the 6 month one is ok, and the 9 month power could work, but it needs to be worded better. So basically the only ones that work with his scope are the 3rd offensive, the 3 month, and the 9 month but that one needs work.

What website are you getting that from? And merging with a water nymph to become what he did wouldn't give him powers over water

You have to be careful with wikipedia, for one anyone can edit it, so unless you go to each and every source listed, there's no telling what was altered, that's why I use theoi, because it's cited directly from greek sources and not just anyone can edit it. You see every single greek myth has anywhere from 2 to 5 versions, we don't encompass all versions on the wiki, it's pick one and stick to it, which makes figuring out scopes and powers quite difficult.

Well I still disagree with the labour pains offensive power, fertility is the act of being able to conceive, not giving birth, again with the baby thing, fertility just means that someone is able to get pregnant, it doesn't specifically mean they do, and does not have anything to do with the labour or child after it's born.  The supplementary really isn't a supplementary power, more passive, if they are just altering their appearance, though it's a bit vague, I'm not entirely clear on what you mean by it. I'm a bit fuzzy on the switching between the forms, I mean a *can't remember how to spell the word that starts with herm* hermaphrodite? >.< I mean it means they are both, literally at once, not something you switch between. Sensing if someone were fertile enough to become pregnant would make more sense than sensing if they are pregnant. I'm not seeing the connection between fertility and knowing someone's DNA/Parentage. Why would they be able to charmspeak? The problem with the 9 month power is how it would be used in battle, as it reads now it could be severely OP.

Getting better. personally for the 2nd offensive, I'd focus more on wording it like, causing someone to feel as if they are going through a feminine cycle, cramps, pms, bloating, etc. The way you have it worded kinda just makes it sound like a girl's going to start her period >.< which wouldn't necesarily hinder her fighting skills unless it's accmpanied with severe cramping and such. Actually that is something that can happen in real life, there's documented cases of people being born with both male and female parts. As far as the last one, you misunderstand me, as it's worded now it can be easily used as OP because it didn't say that when one is injured the other is as well, but that still increases a perons's powers for hours if they are fighting and not injured. If you have a match one on one, and they suddenly become two, you're still only fighting one person which injuries aside, the fact that they can keep that form for hours and hours puts them at a severe advantage over a single opponent.

Looks better, next step is to go into the voting forum for level 5's and up and start an official vote on it, I can do it it you want, but as you made them I figured you should have the honour of starting the vote, just note that you have "bach's" approval to start the vote.

Retrieved from "https://camphalfbloodroleplay.fandom.com/wiki/User_talk:PlagueRat0427?oldid=1137046"
Community content is available under CC-BY-SA unless otherwise noted.