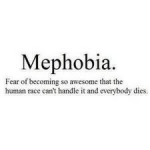 aka my name is a secret

Thank you for your edit to the User:ShitakiMuSSHrooms page. As you are new here you start out at Entry Level, if you haven't done so already please visit the Getting Started page to learn how to get your character claimed, and what to do from there. As an entry level user, you are allowed one character spot.

I can adopt you as a newbie if you want?:)

Can i call you Mussh? anyway. i knew that you were the one who IM'ed me if you are going to message someone you should sign. like put  (~ ~ ~ ~) without space and ( ) xD anyway, can you go to the chat? or when your on try po IM me. OR xD if you see me on chat please go there so i can teach you more easily :)

You can call me blue, berry or anything xD

It'll be difficult for me to help you then Dx. Hmm. IM again if ur on :3

Okay then. Have you made a character yet? you make histories and put them on claim. You can read this Camp Half-Blood Role Playing Wiki:Guide to Getting Started IM me if you need/ if you do not understand something from it. I'll do my best to help you :D (Seriously i'm starting to really hate timezones.)

It's 10:30 AM in here. Oh that's great. Tell me when you need something. The history must tell how the godparent and the mortal met. you can look onto the other history for example.

i see okayc: don't forget to tell me when chur char. is claimed c: i can tell you about the the word bubbles and stuffs while rp'ing ^-^

1st is maybe you should tell them that like Athena and D'Marco became really close and flirtatious that's how styles was made i think @_@ . also i'd suggest that Athena was watching Styles since she became 10 that's why the satyr was sent when the hellhound was tailing her and if i were you i would be like when she was 11 she has this teacher (who is the satyr) whom she felt was watching her. Then One day during the first month of school Styles was lying in her back yard drawing. Suddenly, a man which was the teacher appeared with goat legs burst through the woods that surrounded her house. He grabbed styles by the arms pulling her up on her feet.He forces her to come with her continuing to pull her towards the woods. Styles yanked her arm away and asked why. All he did was point at the hellhound that was coming from across the street and they ran into the woods. The hellhound chased after them and the satyr pushed Styles behind a few trees. He then pulled out a sword and attacked the hellhound. After taking a scratch to leg the satyr defeated the hellhound. The satyr protected her from monsters until he got her to camp.

i wish i helped because i really suck at this xDD

Seriously you could've just added what i told you. The satyr was sent by her mother that's why the styr helped her. AND you could change the hellhound attack when she's 13. When the satyr found Styles she was trained on how to defeat monsters and that's when the satyr gave her the box of the ring. After the training the satyr took her to camp and that's when she had her another monster attack. I'm helping you here :3 xD

PS - i usually dont share models, but you seem nice. <3

heey how are you? c:

Retrieved from "https://camphalfbloodroleplay.fandom.com/wiki/User_talk:ShitakiMuSSHrooms?oldid=1396770"
Community content is available under CC-BY-SA unless otherwise noted.