back to Moodle's talk page.

Hi, I'm a new member and I'm just a bit confused. A few things: is there any sort of paticular form that I'm supposed to fill out for the claiming thing? How do you make those character pages with all the color and, well, fancy stuff? Thanks. :) Jenna Fraen 15:09, October 10, 2011 (UTC)

Hey moodle can we have an extension for the quest also Fire will be not on till Christmas or so.I HateLoveTeams!Am I little crazy? If I am talk to me!Go ahead 12:32, October 22, 2011 (UTC)

Hey do you mind telling me how to 'get claimed?' Thanks so much, have a great night.

Yo Moodle, please help me. I need tech support! Everytime i join chat with you guys, it says something like that i joined chat on a different browser, so they won't let me in. But then, eventually they let me in, but whatever I type in chat won't show up to the rest of you guys! Please help. --Outsider (Look me up!) 21:05, November 5, 2011 (UTC)

I know, although I'm back now to stay. Akaka, Kuroka?

So I found that from a user who left, but it kept bugging me like I'd seen it somewhere else, wellllll, it was also being used for a wind nymph of Lore's, so sorry.....I was getting ready to take it down when you messaged me.BachLynn(Send an Owl!) 21:38, November 8, 2011 (UTC)

score one for moodle

I'm sorry but did I do something wrong? And if I did I'm so sorry. And what exactly are the objectives for?And why that youtube link? coolpinkcat-Peace, Love,and Demigods Forever! 23:03, November 14, 2011 (UTC)

Could you link me to the objectives chantago thing. And EST is that like around Mississippi Alabama and Florida?Piper13 00:56, November 15, 2011 (UTC)

I knew my char was on the quest I just didn't know the name of the quest. And what time do you think that would be my time? Here in hawaii? coolpinkcat-Peace, Love,and Demigods Forever! 12:56, November 15, 2011 (UTC)

Hey moodle. Um. For the objectives thing tomorrow, something came up. I have to work. Sorry. But couldn't you just message me and then I'll delete the comment after I look at it. Sorry againPiper13 21:19, November 17, 2011 (UTC)

Sorry, I missed your message. I just got back from a trip and this is the first chance I have had to sign in. Let me know what needs to be done for objectives and I will try to fit it in as best I can. LongClawTiger 16:17, November 18, 2011 (UTC)

Alright, so, after Sunday's dissapointing meeting, I have decided to put up a new time for a meeting, that again, is mandatory attendance, not optional, tommorow Saturday, the 18th of November at noon (EST Time). If you are not able to make it, please, let me know ahead of time. We will be discussing the same themes we were supposed to on Sunday, which are:

There are still some members who haven't signed the CTF Rollcall. This is required to do in order to play, so please do so. ~GirlofDelusion (Whisper your thoughts...) 18:11, November 18, 2011 (UTC)

Some changes have been made and/or added to the abitlies http://camphalfbloodroleplay.wikia.com/wiki/CTF_Rules%2FMultiplayer_Abilities you need to double check that your character's template is still ok.BachLynn(Send an Owl!) 19:39, November 18, 2011 (UTC)

And yet again, I am very, very dissapointed. The last chance to show up for the Yellow Team's meeting is next Saturday, the 26th of November, at noon EST time. Whoever does not show up without warning WILL be kicked off the team. The themes will match those that were supposed to be discussed as of today. Thank you for your time. ~GirlofDelusion (Whisper your thoughts...) 17:31, November 19, 2011 (UTC)

Hey, noticed you really don't rp Mayumi much, but was wondering if you had plans for her or not? It's a very popular cabin, if you have no plans for her for the forseeable future, you could always rp her out of camp for awhile, you wouldn't lose her, just she wouldn't be taking up space while you aren't using her.BachLynn(Send an Owl!) 02:30, November 22, 2011 (UTC)

Moo! You were here with us on Sunday. That message is old news. Check the Yellow Team forum's announcements. ~GirlofDelusion (Whisper your thoughts...) 04:45, November 22, 2011 (UTC)

can i adopt Alex Mendez? Just leave a message saying yes or no on my talk page.

hey! sorry, i wouldnt ussually bother someone randomly but im kinda new to this and recently got a character claimed..i was curious..how do you put yourself into a cabin when youre claimed? ty and sorry for the randomness

Umm, okay! Thanks for the heads up.

May I have him?

Do I still need an objective for the missing spirits quest? Or does just one person in the group need to get them? LongClawTiger 04:18, November 29, 2011 (UTC)

Hey i was wondering if i could kill off Bendita. I want to make herself go mad and kill herself. I need your permsion first though. 16sharpes 07:26, December 3, 2011 (UTC)

{C}{C}{C Um hi, I want to adopt your character "Mayumi Tanaka" but if you give it to me is it okay if i change things like the name and stuff?

{C}{C}{C Actually I changed my mind I don't want to anymore. Sorry if i bothered you.

Hey, Moodle, I'm not coming on chat, but what does it mean when my forum unclaimed page is deleted. Does it mean that I have been inactive too long? Thanks. Hey, what does WIP mean, writing in progress? Ŋatalyą Ƒinnley - Tell me sðmething I don’t know (nø really) 18:51, January 2, 2012 (UTC)

Can I adopt Miyuki?

The new powers for Apollo's cabin have passed, please make the necessary changes to your charie pages. http://camphalfbloodroleplay.wikia.com/wiki/Apollo%27s_Cabin BachLynn(Send an Owl!) 21:57, January 8, 2012 (UTC)

Powers for Boreas cabin have changed

The powers for boreas have been changed, please make the necessary changes to your character's page. http://camphalfbloodroleplay.wikia.com/wiki/Boreas%27_Cabin BachLynn(Send an Owl!) 02:13, January 9, 2012 (UTC)

The powers for Hephaestus' Cabin has changed, please make the changes to your character page ASAP.

Deletion of the Janus Cabin

It was put up to vote to delete the Janus cabin, as Janus is purely a Roman god, with no Greek counter-part, voting passed and the Cabin is deleted, see here http://camphalfbloodroleplay.wikia.com/index.php?title=Forum:The_Deletion_of_the_Janus_Cabin_-_Voting_Ended/Cabin_Deleted&t=20120109190859 , You have a few choices now, if your character was a female, you can have them join the hunters, beyond that, they need to be killed or have them just leave camp peacefully. Because we feel bad for the inconveniance, the next character claim you make, you will be allowed to have your first god parent choice, no matter what, even if that cabin is currently full. Please message me, letting me know you have gotten the message and what you wish to do. BachLynn(Send an Owl!) 19:12, January 9, 2012 (UTC)

I'm Lord of the ring fan, and my favorite character is Arwen. Can i adopt Alexandra?there is nothing wrong with love, there is wrong denay love someone. 14:21, January 13, 2012 (UTC)

If Gertrude is going to be a hunter, don't forget to update her page with the Hunter powers and stating she is one.
{C}{C}{C

Do you want to

Do you want take off adoption thing off Alexandra's page or u want me to do it.there is nothing wrong with love, there is wrong denay love someone. 21:41, January 13, 2012 (UTC)

can I make a minor character: a Satryess, and thank you for let me adopt ur character and here is a badge for youthere is nothing wrong with love, there is wrong denay love someone. 00:20, January 14, 2012 (UTC)

Are you still too busy to mod a quest?

with the newly passed Department Revamp, the activities dept has been merged into UR (formerly RE) and AD (formerly DnD). As such, you now have the option to either join AD or UR, though joining UR will require a more thorough vetting process. Kingbirdy 20:02, January 22, 2012 (UTC)

umm, i already made my page thing but the admins are a bit slow on the checking, but i understand that they have to do otherstuff and what not, but its kinda boring waiting around for them to check it out, and besides, dont campers usually go around doing stuff in the book despite being unclaimed? eg bianca 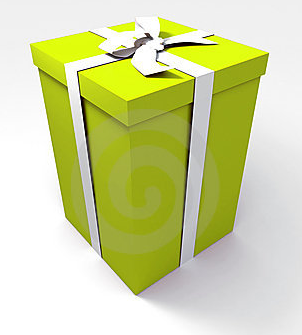 Well, I just posted on the lake.

This is la budgie, Budgie is your new best friend. Name Budgie and care for Budgie, but most of all love Budgie :D

Retrieved from "https://camphalfbloodroleplay.fandom.com/wiki/User_talk:SirMoodletonofCanadia/Archive_2?oldid=915069"
Community content is available under CC-BY-SA unless otherwise noted.