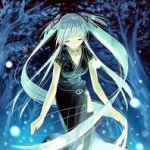 Well, I'm not an admin but I'm glad to help. You should have a history section now. If you need any more help you can message me again or get on the chat room as I'm sure there will always be plent of people there willing to help. - Azrael the Sorrowful 01:25, June 15, 2011 (UTC)

Okay I created a Character Templant but how do I use it in RPs?

Yes I did, but it didnt really make sense :P

Well, I'm not sure what you mean exactly. Are you having trouble coming up for a history for your character or do you just need him putting your history on your page? - Azrael the Sorrowful 22:29, June 15, 2011 (UTC)

Hey, im looking for members for The Apple of Discord Quest, and was woundring if one of your demi-gods could join? The quest hasnt started yet, but hopfully will in a few days... :D

Hey, noticed that little predicament Nia is in. I think I can get her out of there, though I need to know if that's what you want first. If you want her to become a member of the BC this way just say so, not forcing you to do anything. But if you do want an escape, I'm here. Flamefang 04:41, June 18, 2011 (UTC)

Well, I can help you as long as you remain in the situation you're currently in. That being those guys forcibly recruiting you. To be honest I don't know for certain if I can get her out but there's a chance. Just send me an iris message if you need help. Flamefang 19:39, June 18, 2011 (UTC)

Hey!Thank you for offering to make me a template! Ok, I want the upper half of the background to be red, the lower to be black. I want the font to be papyrus, and the color to be gray. The picture name is Clove.jpg

Hey!!I was wondering if you could make a word bubble...thingy for my character!?! If so, here are the Deetz:

Hey! I was jw if you could make a character bubble for my character? I hope you can!If not it's ok though.

If you can, Her name is Paige Hillary. I want The background to be black, and the words to be midnight blue. I want the font to be copperplate Gothic. I appreiciate this a lot!!

Oh and that's only one edit, not enough to be active. Her characters will still be deleted tomorrow Nikkisoarious knows where you live...Be afraid. >:D 00:32, July 4, 2011 (UTC)

So here's the thing, Lenobia didn't check your level and characters before approving your new claim, and you are a level three and already had four characters allowed for a level three, you can still consider your claim approved, but you can't role play them or if you want to lock down one of your older characters instead for a week, in like 6 days you'll be a level four and allowed 6 characters so. I'm really sorry about that, I mean it's not your fault it was approved. --BachLynn(Send an Owl!) 20:31, July 4, 2011 (UTC)

Hey Socutewow13 I was wondering if you wanted to roleplay my characters or Charactersit them next week starting Friday the 9 to the following Friday. I'm gonna be going on vacation so yeah. TLamp64 01:24, July 5, 2011 (UTC)

The admins said it was ok!TLamp64

Yep those are all. It's first name for all except Katherine. Have Fun! TLamp64

Hi again, I might be on during the time you roleplay my characters if I can get Wi-Fi.

I'm not sure I just copied someone's and made it my own. If you can go in to source mode and view mine make it your own and copy and paste it to your signature in preferences. TLamp64(Cilck, Cilck!) 03:16, July 8, 2011 (UTC)

JTLYK (just to let you know)

Hey chica i edited my ccharacters lilia and catrina to have new faces so the new file names are:

Hey! I made I new Character. Her name is Akira Hansbergh! So I was wondering if you could make one of your characters friends with mine. Please and thank you.

I need some info to finish the prophecy fo the quest of yours. I need to know all enemies, locations, and as much plot information as you're willing to reveal. HollowAvarice 22:03, July 22, 2011 (UTC)

Yes. I do like Kingdom Hearts. And thank you.

Just telling you. I think you should run for RB. Lotsa people like you, you've got lots of edits, and you RP a lot.

Just so you're aware.

Hey, if you have an extra character clot, do you want to make twin characters with me? "Let me ask you a question, Alex. What do you think is the greatest evil on this planet today?" "Is that including or not including you?" 22:54, August 1, 2011 (UTC)

Yo, listen, I got a really good idea for the fate of Sage Hunter. She could fall for Roarke, but he's destined to die. Or maybe she could fall for Set Hegab, a member of the broken covenant. I don't mean to sound intrusive, but I just thought I'd swing it by you. Guywithafedora, The Voice of Reason in Any Argument 19:13, August 7, 2011 (UTC)

So, let's find a place for them to meet..... OOH!!! I've got it! Set will be spying on the camp at the Mortuary or Road to town, and Sage will call him out, and things will go from there. Whadya think? Guywithafedora, The Voice of Reason in Any Argument 19:22, August 7, 2011 (UTC)

Sweet, from here on out, the two of us have an Alliance. We will defend each other from nasty users and all our characters will be friends. And, BREAK!! Guywithafedora, The Voice of Reason in Any Argument 19:26, August 7, 2011 (UTC)

No,you diddnt.Why would you think that?

Once Max gets free from Melonie Ariana Should IM and ask him something *coughDancecough* Am i crazy or are all of you crazy i think im right and your wrong. Wow a cookie. What were we talking about 02:37, September 13, 2011 (UTC)

Gosh I'd never think there would be someone here who edited my wiki (the Sugar Sugar Rune Wiki that sucks T^T)and likes Vocaloid!! Hachune Miku is so cuuute!! X3 And sorry if you wanted more things at the Sugar Sugar Rune Wiki, but I'm still trying to buy all the Mangas so I can actually have more good facts. (I'm such a terrible wiki founder TT^TT)BloomOfFairyTail 22:11, September 22, 2011 (UTC)

Gosh I'd never think there would be someone here who edited my wiki (the Sugar Sugar Rune Wiki that sucks T^T)and likes Vocaloid!! Hachune Miku is so cuuute!! X3 And sorry if you wanted more things at the Sugar Sugar Rune Wiki, but I'm still trying to buy all the Mangas so I can actually have more good facts. (I'm such a terrible wiki founder TT^TT)BloomOfFairyTail 22:12, September 22, 2011 (UTC)

Hi scout. This is cloecoolgirl. I can't log in because i disabled my account. Why? Because of the bad language on the chat. So I thought that if you call me we could see if we could play on something together other than here. Sorry. I like this place but until the language on chat gets cleaned up, i can't play on here.

Track Down Your Charries XD

Hi. My character Parker Davidson is a friend of Kayla's. Can she go on the Quest for the Missing spirits ?

So, my internet is crap and chat is evil. Evil chat + bad internet = angry-and- kicked-out-of-chat Wise.

Hey is Nia your character or Kaylers? On the page it says she is yours and is up for adoption, but on the user/char forum it is listed under Kaylers chars....BachLynn(Send an Owl!) 19:14, October 31, 2011 (UTC)

Yes, have you read this? http://camphalfbloodroleplay.wikia.com/wiki/Forum:Blue_Team Please IM me with your CTF position, thanks! Oooh, look! A Blibbering Humdinger!. 16:15, November 11, 2011 (UTC)

I'm so sorry scout, I had a group project and I couldn't make. I'm sorry.

You need to get a stats template made and posted for Sage for CTF soon, before a skirmish, if you need help with getting this done, message me, it needs to be posted with the others on the team forum page.BachLynn(Send an Owl!) 18:31, November 17, 2011 (UTC)

We have revamped the ctf abilities you may need to make changes to your char's stats template, see http://camphalfbloodroleplay.wikia.com/wiki/CTF_Rules%2FMultiplayer_Abilities for the new abilities.BachLynn(Send an Owl!) 19:57, November 18, 2011 (UTC)

I have the new Romeo character. Let the story unfold! Here's the link:

Thanks so much for the tip :D

Hey I was wondering since your kinda semi active at the moment, if you still wanted to rp with Elliot and Vanessa? Just IM back if you still wanna RP or if you posted or whatever:D Fish are friends not food :) 11:41, December 18, 2011 (UTC)

Hey, the new powers for Aphrodite have passed, please make the necessary changes to your charie page http://camphalfbloodroleplay.wikia.com/wiki/Aphrodite%27s_Cabin BachLynn(Send an Owl!) 21:34, January 8, 2012 (UTC)

New powers for the Ariadne cabin have passed

The new powers for Ariadne have been approved, please make the necessary changes to your character page. http://camphalfbloodroleplay.wikia.com/wiki/Ariadne%27s_Cabin BachLynn(Send an Owl!) 22:43, January 8, 2012 (UTC)

New Astraeus powers have been passed

The new powers for Astraeus have passed, please make the necessary changes to your character's page. http://camphalfbloodroleplay.wikia.com/wiki/Astraeus%27_Cabin BachLynn(Send an Owl!) 00:57, January 9, 2012 (UTC)

Retrieved from "https://camphalfbloodroleplay.fandom.com/wiki/User_talk:Socutewow18?oldid=1418565"
Community content is available under CC-BY-SA unless otherwise noted.