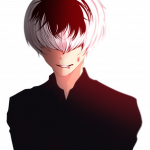 Depending on the results of the vote Oli put in his blog, we'll know for sure! As of right now however, I don't have an issue with quests being restarted.

Hello,
I will finish the claim as soon as possible (I just had a surprise assignment hit me 😰😰😰). Also, yes I have actually read those books (they are amazing), and I can't wait for Sarah Maas to continue.
Hopefully I'll be able to talk to you again soon,

I came to let you know that I will most likely not finish the claim on time. I had everything finished and was about to publish when it failed to publish and deleted all my work, and, to be honest, I'm a bit too annoyed and tired to redo all the work I had put into her over the past few hours.

Maybe I will finish her up when I have holidays (two weeks from now) and am calmer about this.

you know what we should totally do?

bring life back to chb

yasss, who and who

oooh let's do mooyoung and kaito

Hi, I recently created a character so I can RP here and even though I made it yesterday, I am extremely anxious to roleplay as a member of Canp Halfblood. My problem is, on the Unclaimed/Unprocessed page, my character is not there. So, I was hoping that you would be able to look at my character and possibly approve it. Her name is Phoebe Adams. I also want to let you know that I made an actual page for the character, without knowing that you need to be approved before creating one. By the way, thank you for taking the time to hear me out.

Hello again, just wanted to let you know that I tweaked my character page according to what is neccessary for claiming. By the way, thank you for the help you gave me.

Hi! I was wondering if you still wanted to rp?

I just go with the flow tbh XD. But if you have any ideas for the roleplay i would love to hear them. (Sorry for the late reply)

Oh crud I completely forgot regular nymphs had to pass through claims and only animal nymphs bypass that's my bad. I helped with the creation of Nera so that is 100% my fault.

As much as I wish for the happiness of someone, someone else must be equally cursed"

Hiya, so I created the character Phoebe Adams as mortal and I was wondering if I could make her immortal. The idea was that the locket she always wears is what grants her immortality. She could still die, but she could not die from age or disease. She also would have stopped aging at 17 years old. If I can make such a change, I would edit her page accordingly. Thanks.☺️

Hey june uh daughter i think. I see you have become a crat and first of all I want to congratulate you on that. I have been watching this wiki quietly for a long while now and it seems like it is pretty much a ghost town. You seem to be one of the only people that is around trying to keep it around so if you are still here I wanted to first give you some advice. If you want the wiki to start generating users again you need to show some semblance of it being active. In my opinion that means enforcing the rule that allows you to remove inactive members of leadership from their posts and for you to unilaterally install new leadership. At this point there isn't enough people around for voting and all and both of us know that would take a lot longer than it is worth. Secondly the people here that seem to be semi active you need to take stock of who is on board with this like are they in or are they out cause at this point i see like when oli asked about the event a bunch of people come out of the woods say something and go back in seldom heard from since. You got to get people to stay active. The users that have joined that are new that are loyal to the wiki you should reward them. You got to toss out some of the bureaucracy that this wiki has and start it again as if it is new cause effectively it is. Some of these new users might be leaders and could help get new users back. A wiki is like a hotel lobby. Hotels like people to sit in the lobby even if they aren't guests cause it makes it appear that the hotel is doing good business and is a good place to stay. Wiki is similar. Wiki needs people to edit enough to make an appearance that things are going on so that people will come and make things actually happen. I will try to send a similar message to your deputies who are still around. In addition, remember chat has been a valuable asset to the wiki so try to make it front and center again. I am available to help you if you need it and good luck.

It's been a while, I just wanted to peep in and say hello, I'm just drifting by. How are you doing?

Sorry to bother you, but I was on the wiki since July 14th of last year lol. I really like the look of the One Year template, but i'm not sure if I'm allowed to add it. Pls help? ;-;

I visit just about everyday to see what's up if you need any help just ask or if you want to rp just ask too.

Retrieved from "https://camphalfbloodroleplay.fandom.com/wiki/User_talk:Summer_June?oldid=1780490"
Community content is available under CC-BY-SA unless otherwise noted.