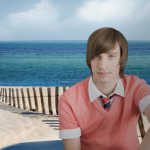 Thank you for your edit to the Forum:Quincy Fisher's Claiming Request page. As you are new here you start out at Entry Level, if you haven't done so already please visit the Getting Started page to learn how to get your character claimed, and what to do from there. As an entry level user, you are allowed one character spot.

I'm fine how are you? Rocketslug! :) Happy to talk!

Sure. Dianna or Alex. Rocketslug! :) Happy to talk!

I'll try to get on then. Rocketslug! :) Happy to talk!

Why are you adding categories

Hi i'm TheGhostMan a b-crat for the wiki and just call me Ghost but i've been monitoring the recent wiki activity and i've noticed that your putting categories that are already there can i ask why? And do not be afraid of my siggy it's from an anime that i adopted a line for as my personal quote. JUST WHO THE HECK DO YOU THINK I AM!!-Ghost-Bro 00:32, June 30, 2011 (UTC) P.S. I'd like a reply please.

Would you like to meet with Dianna and Alex in the forest? Rocketslug! :) Happy to talk!

Are you still on?Rocketslug! :) Happy to talk!

STOP WITH THE ADDING OF CATEGORIES! WE ARE NOT AN ENCYCLOPEDIA WIKI! Stop! If you do not stop i will be forced to give out warnings. JUST WHO THE HECK DO YOU THINK I AM!!-Ghost-Bro 19:10, July 3, 2011 (UTC). P.S. This is not a friendly message,. I'm serious.

That's perfectly fine swordcross but your adding useless categories like the category for when questors will be online? That's kinda useless. Come to me first before you make categories alright? Sorry if i scared you it's just i'm an admin on the CHBW too and i've seen a lot of miscatergorization and i really don't want to see it here. Like i said just come to me first okay? JUST WHO THE HECK DO YOU THINK I AM!!-Ghost-Bro 19:18, July 3, 2011 (UTC)

Just keep doing what you were doing. I went ahead of myself and thought you were like those editors on the CHBW. I apologize.for my outburst. Your doing a great job. And once again i am sorry for how i reacted. JUST WHO THE HECK DO YOU THINK I AM!!-Ghost-Bro 19:28, July 3, 2011 (UTC)

I noticed that you cleaned up the text for the Intermediate/Expert Target photos (I made the Archery range). thank you for that. I am normal. It's the rest of the world that's weird. -- Impulse (Bart Allen) (and me) 17:53, July 4, 2011 (UTC)

I've been watching your conributions for the past week or so. You seem to add categories and fix other mistakes quite frequently and I am quite impressed by this. With your permission, I would like to nominate you for rollback, may I? - Azrael the Sorrowful 23:38, July 11, 2011 (UTC)

I was wondering why I never see you on the chat. Can you not connect or do you just choose not to get on? Because if you were to become a rollback, it's kind of needed to be able to talk to the other staff, and the chat is what that is used for. - Azrael the Sorrowful 00:24, July 12, 2011 (UTC)

I put up a section for me on Requesting User Rights. Please put our vote. If it is against me, then I know what I need to work on. If it is for me, then I'm Closer to becoming a Rollback.

I know you have to be level four, I know at one point we discussed the character would have to have gone on a quest, but then again at one point we also discussed that the challenges would be mini role play battles with a judge presiding, but instead it's a popularity contest where it gets voted on by other cabin mates, so the quest thing might have changed too I don't know, but definitely have to be level four.--BachLynn(Send an Owl!) 13:46, August 1, 2011 (UTC)

Well, the way being a rollback works now is you're basically an underling under an Administrator. You will be working in one of the five departments and simply just help out where needed in that department. - Azrael the Sorrowful 14:03, August 1, 2011 (UTC)

Well, you're already in the support department so basically you don't do anything until someone requests help from your department. - Azrael the Sorrowful 16:40, August 1, 2011 (UTC)

As Dago lost the position before he decided to give characters up for adoption, you would have to challenge for it.--BachLynn(Send an Owl!) 21:21, August 27, 2011 (UTC)

I'm pretty sure they combined, basketball/tennis and something else on one page, I think it's under courts--BachLynn(Send an Owl!) 21:40, September 1, 2011 (UTC)

they are going out,curren and Jo,but she wants to go wit quincy as friends.

wot should she go as?

Sure! My char's going for kind of a princess look, but in reality it's Glinda (from Wizard of Oz and Wicked). So, we should just find Ryan a prince costume, then we're good.

I made a logical observation. I'm not really angry at you as much as I'm annoyed that I'm losing my last LT char. I shall post when said page presents itself, and I have larger problems in reality than a silly challenge. -AuRon

If your characters name is on the list of approved characters, and just needs a group, move the name to the group you want.--CHBRPW Admin Sockpuppet 01:50, September 20, 2011 (UTC)

Hey! Yeah, I'm gonna make him even though I didn't win. Thanks:)

Have you tried changing from monaco to new wikia look?

Why are you answering on claims are you part of the claims team? "reunite this world's divided halves, fulfill their history. This is more than divine decree, it's his destiny."-Ghost the Oracle 21:47, October 3, 2011 (UTC)

Definitely. I was thinking about making one like that, but last time I made an RPG wiki it bombed, maybe because there was already another RPG wiki.... anyways glad to help! --Elmoo knows where you liiiiiiiive!!!!!!!!!!!

Well I would, but based on who the other founder is, well, we've had too many inter wiki issues with him, so I'd feel better if we avoided affiliating. BachLynn(Send an Owl!) 21:10, October 10, 2011 (UTC)

Which format are you referring to, not everything on this wiki is my creation, it depends on which bits you mean.BachLynn(Send an Owl!) 21:35, October 10, 2011 (UTC)

Well the claiming parts, especially the getting started page, is a lot of King's work. As far as the rescue mission, go ahead and post them in San Francisco, I have a surprise later today for all teams anyway so that worksBachLynn(Send an Owl!) 19:30, October 15, 2011 (UTC)

I'm so sorry! I had no idea! I'll delete it right away. Again, my deepest apologies! *Cries from feeling bad*

Hey,if Quincy needs a date,he can go with Jenna McKenna

isnt Xavier hermes,if so,no,Jenna is Hermes.And i asked like one or two days ago on Quincys page and you didint reply♫Jassi Jasmine♫ Speak in Colour♥ 17:06, October 22, 2011 (UTC)

i forgot that.I did want her to go with Quincy cos Jo felt bad about having to dump him,so she told Jenna about him not having a date to the dance.♫Jassi Jasmine♫ Speak in Colour♥ 17:12, October 22, 2011 (UTC)

Ok, Meribel and Chris going as the other, right? So where do they start?BloomOfFairyTailMessages? 17:23, October 22, 2011 (UTC)

Sorry, I'm getting confused with so many people talking on chat. I replied BloomOfFairyTailMessages? 17:29, October 22, 2011 (UTC)

since u were inactive and didn't attend to your rb duties, you were demoted from rb, see vote here http://camphalfbloodroleplay.wikia.com/wiki/Forum:Inactive_RB%27s_-_Voting_Ended

some help would be appreciated actually :P

im not quite sure how the claiming thing works..ive put in a character or whatever for to be claimed on the claiming page but when i scroll to the list it doesnt show my character..is that normal? sorry for the delay btw

Hey there, Swordcross. I'm Comiclove, or Comi/Comic as most refer to me as, and I'd like to adopt your BC char, Cavan Cochran. I'm very interested in the character, and would like to take him off your hands, sir.

I challenged Chris' position of counsellor in Hermes' Cabin.

I challenged Cara for Lt. Position.

Retrieved from "https://camphalfbloodroleplay.fandom.com/wiki/User_talk:Swordcross?oldid=447805"
Community content is available under CC-BY-SA unless otherwise noted.