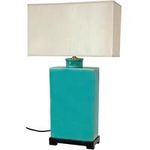 Just in case you aren't aware, using information that you the user knows (as far as knowing where the pages for the BC are and such, and using them to make your characters so easily find BC members and their hide out, is called meta gaming and isn't allowed here, you can't just waltz up to these pages and act like you found them so easily.--BachLynn(Send an Owl!) 16:47, June 27, 2011 (UTC)

How did you not get that definition of Meta Gaming? You had information that your characters didn't know in rp and you made them act like they knew everything. That's Meta gaming. You were metagaming with the BC hideouts and stuff. JUST WHO THE HELL DO YOU THINK I AM!!-Ghost-Bro 05:42, June 29, 2011 (UTC)

I'm sorry if you took my "heads up" about meta gaming as that I hate you, but as I barely know you, if I did hate you I would have given you an official warning for it, which I didn't, because I suspected you probably just didn't know what meta gaming was. Which is why I went easy on you. So if you misunderstood that I apologise, but there's like 9 administrators now, so I mean are you having personal issues with all of them or? I mean you suggested that you feel all admins hate you, and if others have come across in a way unintended to make you feel that way then I'd like to know so I can take care of the situation.--BachLynn(Send an Owl!) 16:19, June 29, 2011 (UTC)

Dude you were kickbanned from the chat because you were being annoying and not listening to the admins that's why. JUST WHO THE HELL DO YOU THINK I AM!!-Ghost-Bro 17:21, June 29, 2011 (UTC)

Sorry, forgot to check my email....lol, and that sounds fine, about the recording studio, go ahead and ask. Also, just post something on your user page explaining that you've given scout permission to rp your characters, in case any one questions it, and I'll make sure all the admins know.--BachLynn(Send an Owl!) 02:44, July 5, 2011 (UTC)

Good! Ok, so all your characters are Juliana Asgard, Julius Newman, Amanda Cameron, and Katherine Weinstock, right? Do you use their first and last names where you write their first names, so it's like

Hey, my char, Sophia, left a comment on the studio page offering to be the manager? You replied to Jun's pretty quickly so I thought you may not have seen it? Or if you've decided on someone else, that's cool too. Anyways, thanks. Artemisgirl 15:18, July 7, 2011 (UTC)

The image you are using for Amanda has been voted too recognisable, see voting here http://camphalfbloodroleplay.wikia.com/wiki/Forum:User:TLamp64/Amanda_Cameron_-_Voting_Ended --BachLynn(Send an Owl!) 19:18, July 8, 2011 (UTC)

Just wanted to say hi and we miss you *waves*

Retrieved from "https://camphalfbloodroleplay.fandom.com/wiki/User_talk:TLamp64?oldid=919291"
Community content is available under CC-BY-SA unless otherwise noted.