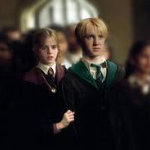 So, I renamed your archive, so that it is now a subpage of your username.

Hey, Wittle. ^^ I'm pretty much sending this to express some concerns. The last claim you checked had you going through mostly minor and almost unnecessary questions. I understand the nitpicking (tbh we all do it), but what's worrisome is that you missed something really vital and incorrectly said that letters are direct interference. For future reference, they are not.

As I stated on Sophia's claim, half of the demigods currently at camp would be on Zeus' hit list if they were. From what I can see, it was one letter. If it were, perhaps, constantly exchanging correspondence and the like, it would be on the verge of direct interference. There's an Aphrodite character who frequently had dream dates with her mother and it was allowed. If that's allowed, then surely one letter is allowed.

I hope you don't feel like I'm attacking you. >< That is the last thing on my mind right now. If I sound insensitive, my bad. Besides the above, I kinda took a peek at your helper test answers. You answered the Chimera question correctly there, but you failed to point it out in Sophia's claim. Not sure if you were just worn out when you were claim checking (if you were, get some rest, oki oki) or if you had genuinely forgotten, so I thought to add it here.

i'm so sorry this is late

i've been meaning to reply but i took a nap and it slipped my mind and kpop happened and then there was food... which i have a love-hate relationship with... and yeah, i got so distracted i'm sorry xD

Heyo there, Witty O! Let's just say I was bored and went to check up on claims and also checked the wiki's proud helpers edits. Please bear with me, I just want to give some notes:

That's all for now, and hope to see you soon as a rollback! :D

Thanks for the help with the claim! I Made a few edits, please check when you can. Dont mean to bother you...

I don't know if somebody else has told you this, but Stygian iron is allowed here, but only children of Underworld gods can have ownership over them. And again, categorize the commented claim under Unclaimed, k?

One of them has been in for a long time. So, in all honesty I wouldn't mind having Liam be on hold.

Nah I'm not even in the least annoyed. Just want to help out :)

P.S. What's gonna happen with Ashren? I don't even know why Ahren's part of that quest James is leading ;-;

I'm just letting you know you have two votes for the contest. You just can't vote for Brocky's and Oli's again.

It has been ages since we talked, how are you? Now back to why I am here, you still up for that Keto collab involving Summer and mind posting on the Charen rp?

My character page got locked because I made it before I got claimed. I got claimed, can you please unlock it?

hey I know we rarely talk but thats what is the problem.. I feel horrible about just leaving you but I really am getting busy with college (plus with my exams coming next month) so I'm asking you this now.. do you want to cut our deal? cause I think you deserve a better teacher than what I can offer you now.. but if you insist on waiting I'll try my best to be a better teacher

so yeah which way you wish to go?

you sure? I'm rather free next month cause of my semester break

Hello! We're making edits to the User/Character forum, thus checking in on user activity. You have gone over a month without making an edit and your characters are in danger of deletion. You have until November 1 to make an edit and prevent this.

November 1 has gone and passed without you making a single edit. Consequently, all your characters have been archived/deleted. If you come back and wish to have them restored, feel free to IM me. Don't fret. It's a simple process and hardly takes minutes.

P.S. I know of your leaving blog, but still... Wish there could be a chance you come back. :p

haha what if you come back? even just to say hi or a short stint?

Retrieved from "https://camphalfbloodroleplay.fandom.com/wiki/User_talk:Thatwittledolt?oldid=1819229"
Community content is available under CC-BY-SA unless otherwise noted.