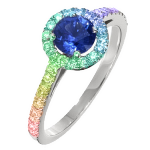 Hi and welcome to Camp Half-Blood Roleplaying wikia! I'm Frostleaf1615, a camp helper around here. If you're experiencing any problems, feel free to let myself or any other admin know and we'll help you! Here are a few good links for beginners:

If you want me to adopt you as my newb, and show you the ropes around on here, just click on my nickname down below and leave me a message!

Hey there TheLordOfTime, (I need a nickname for you xD)

I just wanted to let you know & also cogratulate you on getting your character claimed!! I also wanted to welcome you to the wiki and hope you stay with us for a very long time c: One other thing, please look at the note a left on your claim before making your character, nothing major just a little nitpicking note that i left when accepting your claim. Anyhow have fun with your character and please dont be affraid to ask me for any help or to rp c:

so i was able to check your pet claim and i seemed to mess something up. Anyhow i fixed it and if you go to edit the pet claim, make sure it the one titled "Claiming:Pets/Gek". thats all, bye :)

I would gladly look at your claim but seeing as how Musey did it, that would be a bit rhetorical XD

By the way, have you joined the adopt-a-newb programme?

So i noticed you created a new character age for a mortaid nymph. Sadly though, those nymphs must go through claiming like everything else. I realize it may be confusing as to which nymphs don't go through claiming so, its really no big deal. I'll just put the page on lockdown and then take it off of lockdown once you get the character claimed c:

(clears her throat in preparation)

I am so sorry, but I am unable to claim at this point in time. I'm able to comment on claims, but, I can't claim until I decide to go for RB and achieve it. If it's no issue to you, I could ask one of the Claiming admins to look it over, or anyone else on the admin team can claim claims, but it's recommended to go to claiming admins first. I'm so sorry, but maybe in a few weeks I will be able to claim. Put aside the Ranger And become the man you were meant to be

i hope you don't mind but, since i own the lt of the Iris cabin i decided to welcome your character to camp. Hope you decide to reply c:

Hey Lot (can I call you Lot?), I saw you were having word bubble difficulties and here is your solution. the way your wb works is

The five tilds just do a time stamp.Here is what that looks like

If you're still having trouble feel free to message me or any other admin!

checked it  please amend the things in question

saw it, replied and done

There’s a human heart beating away its emotions… ==well==so

Hello there, hope you're having an amazing morning, afternoon, or evening! C:

In the meanwhile, I won't go as far as putting your character on lock down as long as the special power and the weapon effect are not used, and more importantly, that you make the relevant changes as soon as you have the chance.

So sorry for the trouble and thanks for understanding (hopefully), cheers!

Hey! Do you want to continue our role play? If you do, just let me know, I'm free today and tomorrow.

I would like to apologize for not responding in the role play. Something came up, but I will definitely be able to today, if you would like.

Just wanted to let you know that I made a page and the word bubble for Christopher, so you can RP with him if you want to.

I'm very very sorry for not replying to you in chat. Anyway, I think your claim's fine, so I'm gonna claim it :)

Congratulations! You've reached level five, and are now a full fledged member of the wikia! Sorry it took so long to level you to five. Anywho, I was wondering if you were apart of the Adopt a Newb program? If so, who was your mentor?

Also, because you won second place in the Character Theme Contest, you get to choose your prize for second place. Your options are Adopt a character and have it count as minor or 10 Minutes face time with a god or goddess of your choice with the character of your choice

Let me or an admin member know what you decide!

you get ten minutes of talking to a chosen god/goddess/titan/titaness with one character. The deity would of course, be rped by an admin

As much as how I would love to help you I dont really touch power sets >.< sorry its just its one of the few things I dont really know about here on wiki >.< plus its not my dept its someone elses >.< so how about pitching it to them? Sorry again

Hi there! I'd like to say that before you create a power set for a new kind of nymph, the kind of nymph itself should go through its own voting process. So, yeah.

Sorry for the late reply >.<

I'm so glad to have someone wanting to be a helper! (it's a super duper great thing, especially when sometimes *take note: sometimes* the admin is running out of active staff.) Shikashi, you have to pass a written test before you are decided to be one of the camp helpers and getting a badge to prove it. Once you've shown things and edits that could consider you as someone worthy of taking the test, then shall you take it. Someone part of the admin can recommend you.

In my part, although I'm really happy to know what you want to do, I'm honestly not yet convinced that you can manage to be a helper. And you're fairly new, to add. (I had months before I took the test.) But don't worry. Soon enough, you'd get that possible chance. ;)

Oh, and I wanna ask which department you'd like to work under when the time comes. See ya!

It had come to my attention one of your character (Adam Tau) carries an OP and considering the rules of this wiki I request you tone it down if not there shall be an action taken against you. Hope you would comply

thank you for your time

I'm sorry I haven't been around... School and social stuff has been kicking my butt, but I'm gonna try and be around more often now... My post, right? Okay then! Put aside the Ranger And become the man you were meant to be

Please remember that you have 2 days' worth of time to reply to the comments given by the checker on your unclaimed character, George Capron. Once a claim checker leaves notes on your claim, you have to respond to them within a week, or else it would be deleted. The same thing happens if you leave a claim in the claiming page unfinished for a week. If you have any questions, please contact me or another administrator.

George Capron's claiming page had been deleted. Please contact me or another administrator if you want to have it back.

You can definitely have Cana! Sorry for the late reply, but I hope you have fun with her if you still want her. :)

Hello! We're making edits to the User/Character forum, thus checking in on user activity. You have gone over a month without making an edit and your characters are in danger of deletion. You have until November 1 to make an edit and prevent this.

November 1 has gone and passed without you making a single edit. Consequently, all your characters have been archived/deleted. If you come back and wish to have them restored, feel free to IM me. Don't fret. It's a simple process and hardly takes minutes.

Retrieved from "https://camphalfbloodroleplay.fandom.com/wiki/User_talk:TheLordOfTime123?oldid=1747503"
Community content is available under CC-BY-SA unless otherwise noted.