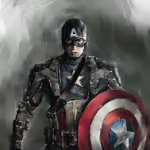 Thank you for your edit to the Claiming:Camp/Jordan Black page. As you are new here you start out at Entry Level, if you haven't done so already please visit the Getting Started page to learn how to get your character claimed, and what to do from there. As an entry level user, you are allowed one character spot.

Heya! I was wondering if you wanted to make Jordan Black a cousin of my character Ryan Black? It's okay if not, but since they have the same last name and all... xD

When I sent you the coding in pm last night, I did not expect you to use the exact same colour scheme!. So could you please change your wb colour or remove it, as mine was made first and I would like not to have the same one as somebody else

Hey this is the link for all the colours you can put in your wb! http://html-color-codes.info/ , PS always sign your messages with 4 tildes or click the sig button

super sorry for the late reply >,<

Re: Jordan and Belles

Hiya! Yup, I'm cool with a romance between the two :)

sorry to have edited on two of your forums >,< just needed to place some catergories hope you dont mind >,<

Replied on our forum, feel free to post whenever as I'm letting my PC cool down c:

yeah it is interesting their fight but currently I dont know what to reply...cause I have no clue what's soul damaging and to whether it can be use for those that are intangible or are immortal soo can you tell me what it is??

first off please take note you cant kill a character without the users permission if not it would condsider godmod and you could seriously get in trouble for that. I see many users getting into trouble for what they think is ok but seriously the moment you god mod it will effect other's opinion on you soo please stop and try to use more "he tried to" or 'maybe able to' into rp's to enable the one that owns the character a chance to say whether that happen or not as it is their character and they have the rights to do so. Either way I asked my friends on what the powers actually does and it weakens you and not give you any physical injury. so regardless of how much powers he used it wont kill suzaku. I'll reply as soon as I know what to do but please I hope you dont repeat the same mistake as your a good rp'er just be careful next time

ok I'm sorry to have misunderstand you but like i said I was just warning you cause some users arent gonna like god moddling where you take control of their characters and such.as for me i dont really mind but seriously take note thats all cause i was just telling you an advice I'm sorry if you think I was attacking you...

Thanks for the message! I've been super busy so I haven't been on the wiki much lately, but I'm definitely willing to rp. I can try to post as often as I can. :) You miscalculated. I love Zuko more than I fear you.

In case you're interested, I've commented on your character's page. If you wanna start RPing just reply.

Born to fight, Trained to kill, Prepared to die, Never will, One shot, One kill, No luck, Pure skill ~Striker

i know but truthfully I dont know cause my brain works randomly soo yeah >,<

You've been gone awhile now, is everything okay?

Keep your feet on the ground, when your head's in the clouds. ~ Dreamer

Due to the fact that you have been inactive for 25 days, without even informing anyone of your inactivity, your characters have been archived. Should you wish to participate in the wiki using the same characters, kindly inform myself or another admin team member, and we will restore the pages to how they were before.

Retrieved from "https://camphalfbloodroleplay.fandom.com/wiki/User_talk:Thefirstavenger77?oldid=1481467"
Community content is available under CC-BY-SA unless otherwise noted.