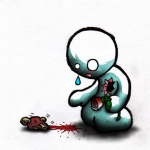 aka Yaz its y nickname

I'm Bird, you can call me whatever. It's no problem, I'm always happy to help :)

So, the easiest way for you to get settled into wiki life is to join the Adopt a Newb program. Basically, a more experienced user adopts you and helps you around the wiki until you are able to help yourself. I would be more than happy to help you, so if you would like me to adopt you, just leave a message on my talk page or jump on chat and talk to me there :)

(There's a link to my talk page in my signature)

Actually, I'll just adopt you and help you out if that's ok :P

Okei, thank you. It will help me out big time ;) I've been here two days and I'm in a wtf state hehe. Hope I cause no stress for ya love :)

Okay, so first you need to think of your char, I presume you've done that though XP Next, you go to the claiming forum and just keep checking it until your char is claimed. If there are problems in your history, admins and rollbacks will point them out and you'll have to change them. This can get frustrating but it's worth it when your character is finally claimed. The claiming process can take up to a week, but it can be over or under that. (I had a really bad experience when I didn't get a character claimed for over a month)

This should pop upwhen your character is claimed. It appears at the bottom of the claim in the comments section and you type the name of your character in the available box.

After your char has been claimed message me again and I'll help, but if you have questions before then you can ask me anyways :)

Someone already asked for her, sorry

Hm, only admins and rollback can delete images I think. We regular users don't get that privelge. If you go onto chat you can ask anyone with a star next to their name to do it, or you could ask the almighty Bach to do it :)

So, hey~ About Miranda, you can have her. Just make a few tweets to her page, and she's yours. Don't forget to add a comment saying that you adopted her, and that she is no longer mine.

If you have any questions, just message me! :)

Nah, don't worry about it. Everyone here once was a Newb. Anyways, just change the username. No need to say you adopted her. I'll add a comment for you~ :)

For starters, you need to go to the comments section of a Charrie's page. (Down below). After that, someone will post on it, using a WB , of their own. It usually goes on like this: (Example)

To reply, use the REPLY button, down on the right of a comment. :)

I'll do an example on Miranda's page.

Most rps are done on Character Pages, through word bubbles. Do you know how to make one yet? Anywho, Most of the time I'm on chat, but lately with exams I haven't been. Otherwise you can always reach me via IM. Other, more serious, roleplays can be done in the roleplay forum or you can have training fights in the training arena. Any other questions you know where to find me :)

To make a word bubble you first have to et your character claimed, after that you make a new page and name it Template:(Character Name Here without brackets)

Then, fill out everything you need (I'll make your first word bubble if you want) and you end up with something like this

Also, did you want me to make you a signature?

How do you want me to change the word bubble?

Also, how's this for a signature?

Ohana means family and family means no one is left behind -  Lilo    User:Bird of Winter/sigcoding2

Ok, to access your signature, type in Template:'''User: Yatzy/sigreal''' (edit this section and unbold the text and you'll be good to go :) ) I think I fixed the wb as well; take a look:

Just to be sure my information is correct, you adopted Miranda Loki from User:Waves Of Freedom (commonly known to other users as User:PJO girl) on October 27th. Is this correct?

Ok, type in two of these thingys {{

Then, type "User:Yatzy/sigreal" (without the quotation marks)

Followed by another two of these thingys, except reversed }}

Don't put any spaces in.

With how to start a roleplay, it's actually quite simple. Just type in two of these {{, then the template name (in this case, it's Miranda Loki), then this | (it's not an L, it's a special key on the keyboard). After that, type what you want the character to say and what actions you want them doing. For instance;

I used italics in that to differentiate the actions from the speech. You can do this by adding two of these ' '

I'd suggest starting a roleplay on a character page, if you want, comment on here. Click in the leave a comment box and type in what I explained above. Hope you got all of that! :D

Hey well done on starting an rp! It was almost correct. Remember to get rid of the spaces between the template name (Miranda Loki) and this thing |

Also, after you finished typing the actions and speech for the character, add two of these }

I've replied, so reply back (click the reply button under where you originally posted) and try again :)

Posted in reply :) The word bubble worked well that time :)

congrats, you're now a level one

Hey Yatzy. I've noticed one of your RPs, and it seems that Miranda is actually being "nice" in one of them. Changing her personality doesn't bother me, but I think you'll need to make that Tweek on her page, as it says that she is careless on it. ;)

Will you happen to need the less active status? You've gone over 2 weeks with no edit and there is no notice that you are on vacation or have anything that will prevent you from getting on the wiki. If, by the 1st of December, you have failed to make an edit or/and inform someone of your inactivity, your character(s) will be deleted. In addition, until you have made an edit, you will not level up any further. This means that you will remain in the same user level and will thus have the same amount of char spots.

For having gone over 25 days with no activity and no notice that you're on vacation or have other priorities that will keep you from editing, your character, Miranda Loki, child of Dionysus, has been archived. This means that s/he is not to be rp'ed. Should you wish to use the same character in participating in the wiki, kindly contact myself or any other administrator so that we can mark your char as "active" again.

Retrieved from "https://camphalfbloodroleplay.fandom.com/wiki/User_talk:Yatzy?oldid=1176813"
Community content is available under CC-BY-SA unless otherwise noted.