Valentine Klyntar is a daughter of Melinoe, the only child of Ava Klyntar, the adopted child of Ethan Pierce and adopted sister of Trea Pierce

Ava Klyntar always believed in the unusual and the paranormal so when the Greek goddess of ghosts took notice of her while in Los Angles gave her beliefs quiet a shock. Every Halloween when Melinoe would be able to do whatever she wanted, she would always have one part of her watching Ava done her normal Halloween tradition, going to every haunted house that was in the area before she went to her dorm and did research on paranormal related things. Ava had been out with friends at a early Halloween party and Melinoe happened be there as well. Melinoe asked if Ava was doing anything later on and if she was, would she mind if she came along, which she didn't. So they both went off doing Ava's normal Halloween traditions before ending up in Ava's dorm not doing research but something very different to research, leaving once 12am came. This one encounter somehow, or maybe because Ava was a perfect choice, made Melinoe fall pregnant and soon had a child. Melinoe returned to Ava with a baby girl. Melinoe told Ava what her and the child were and Ava was in shock the whole time. Soon Melinoe left and Ava still couldn't believe what had happened. She looked down at her new daughter and it all made sense then, finally coming to terms that this child's mother was a goddess while the baby's other mother was her.

Valentine's early life was not at all like how her future years turn out. She was happy, or as much as she could be being afraid of nearly everything, and loving parent that didn't pay as much attention to her as she wanted. It all changed when Valentine turned 7. Ava had been obsessed even more with the paranormal side she met Melinoe and wanted to meet her again, so she had been trying to find ways to bring Melinoe to her. On one Halloween night by the time Valentine was almost 6, Ava extremely believed that if she created a new ghost she would see Melinoe again, so she committed suicide, with one thing still on her mind, wishing that her daughter would be safe. Valentine had been hearing and seeing Ava do some unnatural things for as long as she could remember and when she saw the ghost of her mother appear, it was what sent her into a spiral of fear of everything. After that one moment, Valentine was all alone, family wise, and scared and was put in many foster families, all she didn't like, until one man gave her a more permanent and proper family.

When Valentine was 8, a man named Ethan Pierce adopted her. She had a family again that was better than her mother because Ethan paid more attention to her than anyone else before and even better, Valentine got a sister named Trea, who seemed to always play on Valentine's fear but still loved her. Valentine found that her and Trea where a lot alike, apart from the fact she was afraid of nearly everything and Trea is the opposite. They both had moments when Ethan would take them somewhere and they would both see ghosts, which would make Valentine burst out in tears as soon as she saw her greatest fear.

On a trip to the ranch owned by her adoptive grandparents up in Canada for Trea's 11th birthday, Trea had convinced their grandparents to let them go horseback riding and once they were out of sight of Ethan and their grandparents all hell broke loss. They rode for a while until their grandparents house couldn't be seen anymore. Valentine, like normal, was afraid that something she was fearful of would appear from nowhere. She was right to be afraid. A fire Breathing Horse was what made Valentine scream for her life because of her instantly seeing its red eyes. Trea was so into riding it until she noticed it was a monster, she was the one that killed it while Valentine ran off into a crevice among some rocks, become intangible and immune to the attacks of the monster horse.

There were a monster attacks every single year, two if they were together often. A single Myrmeke, a giant ant that spits acid attacked when Val was nine. The monster humongous Valentine wasn't able to create the same kind of weapon out of solid ectoplasm that Trea was but she did create a net to keep it from catching her when she rant from it. The dog, the Hellhound, lured Trea like the horses two years before. Trea never noticed how the red eyes made it a monster. They both weren't able to fight off the dog as quickly, Valentine was scared that it was chasing them around longer than anything else had. Valentine created the blunt weapon they used to bash the monster to death before Trea took over to finish it off.

Their first time fighting a giant scorpion was a nightmare, it nearly chomped in half Trea in half. Valentine and Trea started taking archery classes the summer before Valentine 10th birthday. They each created their own bow and arrows during the battle they used them to severe the monsters joints. They were surprise attacked by the Stymphalian birds it was the only thing to Trea ever showed fear of, Valentine was so frightened she shed her human nature and appeared as an angel while Trea simultaneously appeared as a demon. Detached from human weakness they were able to strike fear and instill peace before they destroyed the flying monsters. A single Harpie is last of the beasts they faces on their own, Trea let it get dangerously close to the both of them Valentine reminding her she would never let it hurt her during and after that fight.

Her life became even weirder when her mother showed up. Trea was terrorizing her like normal one night until Valentine felt something that she always associated with her greatest fear. Valentine stopped in her tracks and started to cry, even though she was 13. Trea and Valentine both thought it was Trea that made this happen, a ghost that looked very familiar to Valentine appeared. Trea may have said she was going to wet herself but Valentine actually did. Valentine was as scared as she had ever been until she realized who the ghost was. The ghost was Valentine's mortal mother, Ava, and was sent by Melinoe, being that she went to Ethan's house before it was his with her parents, to finally give both her daughters and Ethan all the facts. Trea kept asking Ava question while Valentine went to go get clean clothes. Valentine only asked Ava one question, "Are you real?", which didn't get a straight answer to. Once Trea was finished asking Ava questions, Ava told Trea to get her father. While Trea went to find her father, Ava talked with Valentine. She told Valentine everything about her and said that her other mother had giving her a gift but she would only get it once she went to a certain place. Trea came back a while later with Ethan and Ava showed herself to him. She told him that she was Valentine's mother and Valentine and Trea were half-sisters, but not from her, but through a Greek goddess. She told Ethan that they have to go to a special place for children like Valentine and Trea, where this place was and she would stay with them until they get to the place, for moral support for Valentine. The next day, the road trip from Montana to Long Island, New York started. The whole time, Ava was right beside Valentine until they reached Long Island, when Melinoe called Ava back to the underworld. Ethan walked Valentine and Trea to the borders of Camp Half-Blood. Trea and Valentine walked down to the valley and were claimed by Melinoe. They both went into the cabin to find three gifts, two for Valentine and one for Trea.

For a daughter of the goddess of ghost, Valentine isn't very brave around ghost, or most things in general. She hates ghosts, not being as afraid as she was around them since her mother appeared, and fears nearly everything like no tomorrow. When someone plays with her fears, she will start off being extremely scared, crying her eyes out and nearly wetting herself depending on what happened, and once they are done, she is full of anger and rage and will get back at them in anyway possibly. Valentine is very to herself, as meeting new people is a massive fear of her's, and will result into running away or finding a close dark corner to go cry in. When someone breaks the tough outer shell of her fear, like Trea has, Valentine is very compassionate and will make a lot of jokes, even if they don't make sense. The only thing that Valentine will do to let out all her built up fear is dancing and is the only thing she isn't even afraid of. 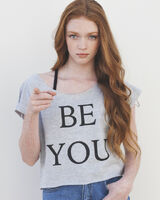 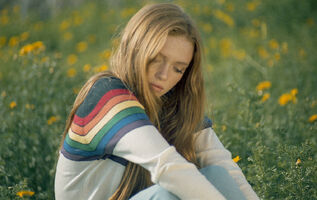 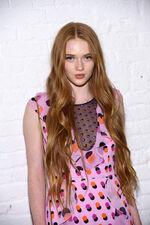 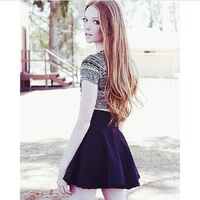 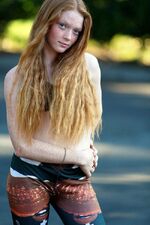 Retrieved from "https://camphalfbloodroleplay.fandom.com/wiki/Valentine_Klyntar?oldid=1740515"
Community content is available under CC-BY-SA unless otherwise noted.