Social and charismatic, Warner is an extrovert and a people person at heart. He enjoys meeting new people, and he's a self-proclaimed master of small talk. His proclivity for talking and being a social butterfly is what set him apart from his twin brother because other than their almost polar opposite personalities, they look exactly alike. Warner is gentle and relaxed, whereas Ryder has tendencies to be rude and agressive. Regardless of his chill spirit though, Warner knows how to take things seriously and can determine when it's time for the fun and games to be over, and be more serious about the situation.

Warner is also adventurous, almost afraid of nothing, and is willing to try out anything that he deems to be "fun" and worth trying. He's into extreme activities like cliff-diving, bungee jumping, and hiking and is a thrill seeker at heart. When it comes to his sexuality, Warner, because of his 'fear' that people will look at him differently, is a closeted gay. He went out with girls a lot but had long since lost his interest in them and his body is now actively seeking other men. He's never had a boyfriend, though, and up to this day, is still struggling to keep his secret.

Ryder's final attack was the one that ruined his and Warner's relationship in multiple ways. In the odd time they were allowed to do something without their mother, the two went on a walk around the surrounding fields where they were attacked by harpies. The two boys did have their weapons, the one condition their mother had put in place, and they did their best to fend the two harpies off. Whilst they were successful in defeating one, the other managed to outsmart Warner and knock him to the ground before attacking Ryder. With both helpless, they were lucky to be saved by a satyr who heard the distinctive shrieks of a harpy. Though safe, a resentment developed on Ryder's side towards Warner, bitter he messed up in a way that meant he was close to death.

It wasn't very obvious on Warner's part, but he harbored some sort of a deep-seated resentment for Ryder over the years they grew apart - mainly because he felt that he was abandoned not just by his brother, but by his twin, his own womb mate. He continued living under their mother's tutelage, and tried his best to make light of the situation, rarely thinking about Ryder and what happened. He trained hard, wanting to prove that you don't have to "run away" to a certain Camp just to be better and to be able to kill monsters with ease.

Comfortable enough with the abilities he developed, Victoria allowed him to go to college when the time came. He was granted admission to NYU, and he left the UK to start living in the States. Camp, and by extension, Ryder, would be nearby, and that was enough to ease the doubts in Victoria's mind. With that, Warner moved into the student dorms and started a new chapter in his life as a History major in New York City.

The son of Ares established a good reputation in NYU as the years passed - known to people as a smart an studious guy, but not lacking on the social and fun department either. He joined one of the most popular frats on campus and had since been living with his brothers in their house, often at the center of all the parties and mixers and other events. He led a fun and stress-free life for about three years, and managed to slay all monsters that came his way. That is, until one night during his junior year when they were welcoming new pledges into the frat. Unbeknownst to him, four of the freshmen were untrained demigods, and the scent of all of them were overwhelming enough that it attracted a family of Cyclopes to their location. There were too many of them that Warner was not able to fight properly and was forced to flee alongside two of the other demigods. He had flashbacks of his encounter with the harpies along with Ryder, and it reminded him that Camp Half-Blood was nearby. And so, he grabbed a taxi and bolted towards Long Island Sound, making his way towards the twin brother he once loved and adored, but have since grown apart from.

Powers of a Child of Ares: 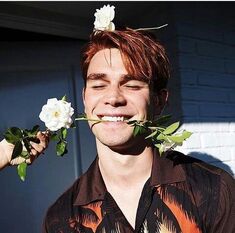 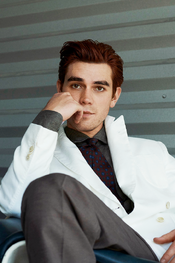 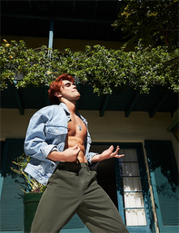 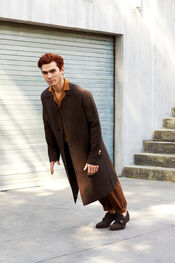 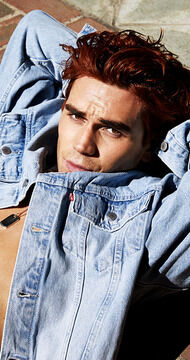