William, despite what others may think, is not an old-fashioned twerp. Sure, he was brought back to life only four years ago and was unaccustomed to everything, but given that he's still a quick learner, he's gotten mostly used to the modern civilisation. He is organized with his thoughts and feelings and exceptionally down-to-earth for someone who was raised with so many commodities. William has a high level of empathy and sympathy for others and is selfless, specially when it comes to hearing people talking about their problems. He is somewhat untrusting and hesitant when it comes to talking about his own issues, as he usually believes he can sort them out himself.

Given that his education came to a halt when he was 12, William lacks a lot of common knowledge and practice in simple intellectual daily abilities. If given the patience enough to teach him, though, he learns with relative ease, and although he isn't particularly bright in an academic sense, his emotional intelligence is above-average. William, however, tends to get shy around new people, scared of being judged or making a faux pas, but it's relatively easy to get through that small phase of his. Once comfortable, he is one to share an innocent joke here and there, a goofy grin, a sweet remark, but most importantly, his unconditional support and loyalty.

John Adler was a very wealthy English man living in 1775, Australia with his wife, Mary. They had three children: Philip, Claire and still a baby, Henry. Soon enough, Mary caught an aboriginal sickness, and due to no one knowing what it really was or how to cure it, she died. The family grieved for her for many months and John got depressed. In this time, John would secretly escape his home at night and go to a pub to return at morning with his children.

However, one fateful night, he saw a woman with a purple dress and beautiful features. After talking a lot and having too much alcohol, they ended up conceiving William in John's home. The next day, he woke up and the mysterious lady wasn't there anymore. He shook it off and took it as probably a hallucination.

5 months later, in early January of 1776, a wicker basket was in John's room with a baby, a CB staff and an orb on to of it. A little note said in manuscript: "Give it to him when the time is right." From that, John knew that the baby was a boy and he suspected that, someway, this baby wouldn't grow up to be normal. He named him William.

William was hated by Philip and Claire as they clearly knew that he wasn't a son of Mary. Neverthelesss Henry, did take Will as a younger brother and they had an amazing time together. Most time, John would be outside taking care of his own business, that was why the house had three maids so they could clean the giant house as well as cook for the children. William grew up almost as an orphan. Luckily, at least he was a wealthy orphan. Living in a social status like that, he developed his properness and classic style since little.

He would mostly read in his free time as he did like it. Henry would always try to protect William from danger anywhere. As his father was almost never there and the children started to grow a bit more rebellious, John hired a nanny when William was 10 years old.

John started to notice strange things in William. Whenever he got mad or started screaming, something would break. Another time, when the children went swimming to a nearby lake and Philip punched William because he asked Philip if he could teach him how to swim that good, William got out of the lake and the water seemed to turn different. That same night Philip developed terrible rash all around his body.

That was when John saw something weird and whatever "Give it to him when the time is right." meant. He felt that the time was probably right. The same month he hired the nanny, he gifted William the staff. Since John would gift Philip a royal sword when he was about the same age and Claire and Henry different weapons, he didn't think it was strange at all. As John would always encourage them to learn how to defend themselves.

The nanny would treat all the children right and take care of them. However, when William was about to turn 12, the nannny got ill and couldn't go to work. John, then hired another one, who also treated everyone right, that is, except William. She would always ignore him and shoot dirty looks at him.

He knew something was wrong and grabbed a large amount of precious stones and gold and put it in a secret place under the ground so that if anything happened, he would always be able to escape or be self-sufficient for himself.

When he turned 12, he had a family reunion and a feast. Everybody seemed to be happy that day. When January 26th arrived, chaos ran loose due to the Australian independence starting. That same day the new nanny turned out to be a lamia, and she attacked him. He grabbed his staff and from what he had learned before, he started to fight against her and soon enough, he noticed he would easily loose, so his other alternative was to outrun her, and so he did. Between all the bedlam outside, a small bullet hit William and he fell from a cliff and landed in a rock. Instantly, he died from the fall and the bullet. The lamia never found him as a tree covered the sight from the rock.

Hecate then pitied her son and sent a magic nymph to put him into a spell. She revived him, but his body would take a lot of time to heal naturally. That way, he would still grow older but in a much longer time. Hecate sent a satyr to carry his body to a nearby cave so no one could find him. His body stayed asleep, but his "living essence" took a form of a spirit. That way, he could see everything happening, but he couldn't make contact with living creatures, as no one could see him. He learned about modern technology and education and everything. 226 after the lamiai attack, his body became fully functional and he woke up being physically around 17 years old. She then sent a nymph to explain that he was a demigod and that he would do great things if he developed his powers. The nymph also said that there was a camp near New York where he could live in peace and train. The nymph then returned to do her job and went to find more campers.

He grabbed his staff and returned to what used to be his home and it was now a mall. Then, when he found all the jewels he had buried before, he exchanged them for money and bought new clothes, a large traveling bag and went searching around the world for the camp. When he got to the U.S, he asked for New York and then traveled there by plane. There, in New York, he met demigods that knew the camp's location. He traveled the rest of the way with them. They where attacked by an empousa, but William killed it with his staff and discovered that it could turn also into a spear. They got to camp near William's birthday. He was soon claimed as a son of Hecate.

Powers of a Child of Hecate: 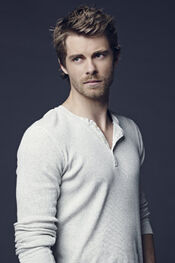 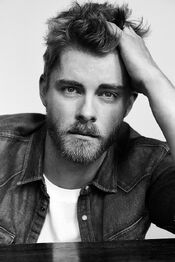 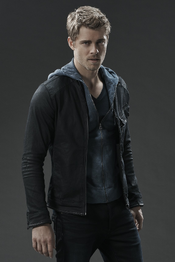 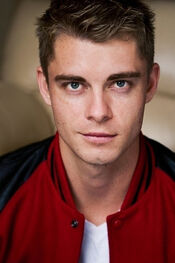 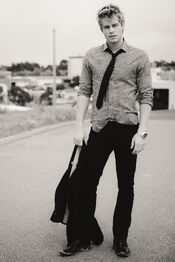 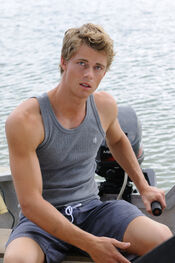 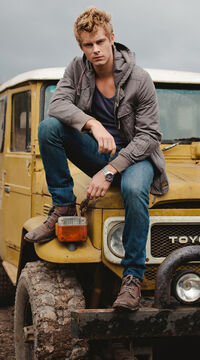 Retrieved from "https://camphalfbloodroleplay.fandom.com/wiki/William_Adler?oldid=1822693"
Community content is available under CC-BY-SA unless otherwise noted.