He's extremely polite and quite flirty. If he likes you he won't really stop until he knows that you like him, and if you don't he will stop at nothing to make you like him.

He was created as Zeus needed help on Olympus with Lightning Storms as he couldn't pay attention to every one that happened in the world. Thus he created Xura to help. He created Xura especially during a very rainy season across the world and Xura helped an amazing amount. After keeping Xura on Olympus a months after the season he decided he no longer needed Xura's services. He decided that as a reward Xura can live at Camp Half-Blood, as long as he helps his children no matter what. 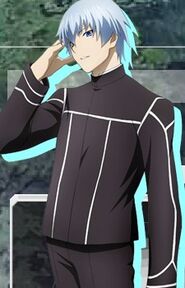 Retrieved from "https://camphalfbloodroleplay.fandom.com/wiki/Xura?oldid=1633574"
Community content is available under CC-BY-SA unless otherwise noted.